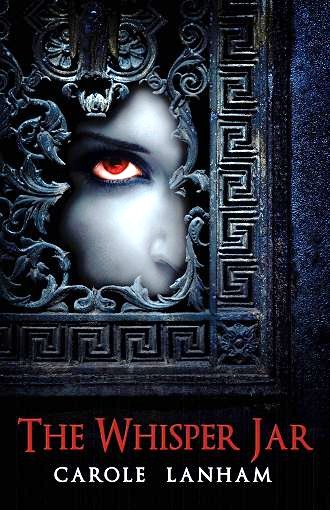 The Whisper Jar: A Collection of Curious Secrets

Each item in this collection of previously published stories has something to do with secrets.  It opens with “The Whisper Jar,” a poem which isn’t too badly done and describes a town which has undertaken to keep its secrets in one place.  It seems that secrets themselves can be stored, but managing them is another story.

This is supposed to be a collection of horror stories, but this is a nice light start and I liked it.

Gidion and Etta are two sibling teenagers coming of age in rural America during a much simpler time.  In “The Good Part” brother and sister are close and have grown much closer since Etta spent the night with a handsome stranger.  That meeting had consequences for Etta which also affect Gidion.  Although Gidion can’t understand why, Etta has begun to drink blood, his blood.

Alban and Gage Turnbull are brothers who spend their young lives in a garden which most adults would find idyllic, but for the boys it’s ground to be explored and to yield new discoveries.  One day they find Petaloo — a wingwee, a tinkerbell like creature who becomes their companion, surrogate parent, and older sibling who provides something for them that their real parents can’t — someone they can tell their secrets to.  In turn, the boys keep her existence a secret, for much the same reason that Elliott and his siblings hide ET.

But, the boys grow up and that’s when the dynamics and the secrets of “Keepity Keep” change dramatically.  This is a good story.

Salvation House is full of orphans who’ve been raised as devoted students to believe that they’re part of a new world order.  Something terrible has happened and the world needs to be saved, or at least rebuilt by them. But the details are sketchy.  The students also appear to be a bit slower intellectually than would be expected.  Cloistered, and raised apart from the world, only the graduating classes are allowed to leave on a given day each year. A secret is being kept from the children about the outside.

In “The Blue Word” that secret comes close to being compromised.  The story wasn’t really my cup of tea but it fits nicely into the genre.

The Treat brothers and their cousin Hayden are indulging in that great American passion — building a museum devoted to something either obscure or unpopular, in this case torture.  “Maxwell Treat’s Museum of Torture for Young Girls and Boys” looks at contemporary childhood obsessions.  This isn’t set in the garden of “Keepity Keep” but a shop full of equipment that’s supposed to be dangerous and someone wanting to play dungeon master.

The boys are young and clever but prone to distractions (a weekly visitor named Miss Butter for example).  While the Treat brothers play with their machines and stock the gift shop for the expected hoards of tourists their cousin Hayden still grieves the recent death of his parents.  Maxwell, the eldest Treat brother and the spark plug behind the enterprise, insists that there’s a secret to escaping one of the more sinister machines on hand. A great story.

Estrella and Esme are sisters.  Estrella, classified as a moron, doesn’t get much attention from her sister until she discovers that Estrella can do the most magical things.    Samuel, the son of one of the household staff, becomes their playmate and the third part of the triangle.

In “Friar Garden, Mister Samuel, and the Jilly Jally Butter Mints” Samuel and Esme are typical adolescents in the process of growing up. Both are drawn to Estrella for what she can provide for them — diversions from their everyday lives and the kind of magic found in childhood and then lost.  There are secrets everywhere. Not really my cup of tea.

The secrets are in forbidden books and the characters tell a tale of forbidden love or at least forbidden pastimes.  Lucinda is the farmer’s daughter and Hadley the son of the cook.  Their paths are not destined to cross until Lucinda, bedridden with a broken leg, offers to teach Hadley to read.  Hadley, who already knows how to read, indulges Lucinda for the sake of her company.  “The Reading Lessons” are about two characters playing their respective roles.  Ironically, Lucinda likes to role play based on the characters of the books they read together.  Hadley, more interested in a relationship with Lucinda, introduces her to a copy of Dracula with no regard for anyone’s safety.

It’s another daring kind of horror story.  I found that it lacked the intensity of “The Good Part” but still a good read.

“The Adventures of Velvet Honeybone, Girl Werewuff” is another poem.  I loved it.  Carole Lanham should publish more of them.

“The Forgotten Orphan” takes place in an orphanage, but in this case the secrets are locked inside, specifically behind a door at the top of a staircase. The story’s narrator is an orphan named Barnabas.

Barnabas is acutely aware that orphans in this society can easily fall through the cracks.  To deal with this he’s created a role for himself as an assistant to Dr. McRiffin, the drug addled attending physician for the institution, which may become his ticket to a better life.  Barnabas enjoys the work, and is looking forward to a better future, when he’s called on to attend to whatever is locked behind that door.

Barnabas, like all the other orphans, has been hearing stories for years about what may be behind that door which usually involved the kind of monsters that pre-schoolers  fear may be hiding under their beds.  Once behind the door however, he’s both surprised and shocked.  What he finds there becomes for him both a challenge as a healer and a threat to his future.

This collection contains both period and contemporary stories, but this series doesn’t suffer for it because Carole Lanham moves effortlessly from one to the other. Also, although her characters may have similar traits she doesn’t offer carbon copies. She respects the horror genre without becoming manacled to it, thus leaving herself more room for character development.

Carole Lanham has published twenty-four short stories and one novella since she began writing full time in 2004. Seven of her stories have received honorable mentions in Year’s Best volumes, one story was short-listed for the Million Writer’s Prize, and one was chosen as a Notable Story of the Year in 2008 for the Million Writer’s Prize. She has won two writing contests and two of her stories made the Preliminary Ballot for the Bram Stoker award for Outstanding Achievement in a Short Story. She is also a monthly contributor at Storyteller’s Unplugged.