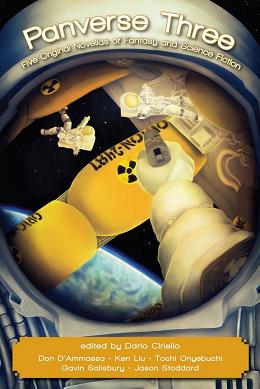 Technically an alternate history, Jason Stoddard’s “Orion Rising” looks at the rise of two cultures in the aftermath of a rush to space in the late 1960s and early 1970s.  After a nuclear war among the Martian colonies, the nations of Earth formed Unity International, a Utopian society which aimed to ensure that nuclear war would never threaten humanity again. Unity International turned its back on space, attempting to perfect life on Earth while demonizing the Martian colonists as people who would bring their warlike ways back to Earth. Unfortunately, the Martian colonies were not self-sufficient prior to their war and after the war, with their loss of resources and being quarantined by Earth, the colonies were failing and the colonists faced death. Michael Hughes steals a spaceship from Mars to travel back to Earth as an unofficial emissary. Treated as a barbarian, he pleads for help for his Martian brethren even as he comes to realize the tyranny and fear behind the façade of perfection maintained by Unity International.

Stoddard creates complex relationships on both the personal and political levels, many of which are explored at length, but others are only sketched out before they are dropped, giving “Orion Rising” an unfinished (or excerpted) feeling. Hughes’ friendship with his guard/guide, Sasha Chislenko, is perhaps the most realized relationship, while the marriage between Unity International President Geoff Warburton and his wife or the Martian leader Ted Taylor’s with his political opponents, both hint at vast stories beyond what Stoddard covers in “Orion Rising.”

Gavin Salisbury has created a multicultural world of traders, known as “Gliders” and the towns they visit, populated by “Statics” in “Junction 5.” Kerr is one of two brothers who rule over the gliders on the living train Tarsus. When Kerr enters Junction 5 to trade, he finds himself betrayed and left for dead as Tarsus moves along on its never-ending trade mission.  Befriended by two members of a local coven, Elisha and Vaniah, Kerr comes to learn more about the cultures with which he trades. As he is shown more of the world through which he has always moved, the reader comes to understand that Kerr has always allowed himself to be used, whether by his brother, the witches of Junction 5, or the merchants with whom he trades. Eventually, Kerr formulates a vengeance against his betrayer, but even then, he allows himself to be used again.  His lack of drive is exasperating, more so by the sometimes tedious passages of descriptions as he moves through the worlds of the trains, Junction 5, and the witches.

“The Man Who Ended History: A Documentary” by Ken Liu takes its format from Ted Chiang’s “Liking What You See: A Documentary.”  Liu’s use of the form creates one of the most disturbing stories of the year as it begins with a somewhat academic discussion of who owns history when Eric Wei and Akemi Kirino develop a process that allows people to view historical events, although each event can only be viewed once.  As Wei’s research, as recounted in the documentary, focuses on the Japanese experiments carried out by Japanese Unit 731 in Pingfang, China during World War II, atrocities matching those of the Nazis are recorded.  And yet the detailed descriptions of rape, vivisection, and other cruelty isn’t even the worst part of Liu’s story. Instead it is the very real responses by the Chinese and Japanese governments and the “man in the street” interviews that Liu includes.  In many ways, the story and details of the atrocities are reminiscent of the Holocaust.  However, while there is a certain awareness of the Holocaust that dulls the knowledge of the crimes committed, the horrific actions by Unit 731 are underreported and can cause a stronger sense of revulsion in the reader.  Similarly, when the horrors are freshly presented, the denier mentality is equally repulsive.  As disturbing as it is, “The Man Who Ended History: A Documentary” is one of the strongest stories so far this year and should see its way onto various awards ballots.

Don D’Ammassa’s “Martyrs” is a classic science fiction story of xenoarchaeology and exploration.  Desiring to establish his own reputation and destroy that of his more time-honored rival, Blumenthal, McNabb hires a guide, Pennington, to guide him to the abandoned Ochran village of Teardrop. Along the way to the alien site, Pennington and McNabb have several discussions, despite McNabb’s reclusive nature, concerning the fauna of Ochre as well as the philosophy of altruism. Once the two arrive at Teardrop, they begin to explore a series of artificial caverns as McNabb looks for evidence that will discredit Blumenthal. The caverns are intriguing enough that Pennington allows her curiosity to get the better of her and she loses the ability (and possibly the desire) to control her client, resulting in the two finding themselves in a desperate situation.  Several of the story’s conclusions, whether the theories concerning the Ochrans or the story’s own ultimate denouement, are telegraphed with some heavy-handed foreshadowing, allowing the reader to focus on how D’Ammassa gets to his ending rather than on the ending itself.

Tochi Onyebuchi offers a complex and convoluted mystery in which Radovan Novotny, a Czech Inspector, tries to track down a vicious murderer, who he believes is an alchemist, Damek Vojak.  Set against the background of the Velvet Revolution of 1989 and drawing on a variety of other national anti-Communist protests in Warsaw Pact nations, Novotny’s investigation is stymied by both the odd natures of the murders he is looking into and the coming collapse of the Czech government.  Even before Novotny can get close to Vojak, the plug is pulled when his supervisor informs him that the Czechoslovakian police force has been, essentially, disbanded.  Onyebuchi’s story is ambitious, not only dealing with the murder and the fall of Communism, but also with the question of culpability for the police and a look at Novotny’s own marriage, which may be in danger of falling apart as Novotny turns his attention to the crime he was told not to investigate.  At times, the story is unfocused as Onyebuchi jumps from character to character.  Other times, he zeroes in tightly, giving a clear picture of the evil that Novotny is chasing and juxtaposing it with the hope of the Revolutions of 1989 and the decay beneath the Communist regimes.  While Onyebuchi includes several interesting elements in the story, it is ultimately a little too ambitious, never quite managing to succeed at everything it tries to do, while hinting at significance.