Photos from the Archives of Wilson (Bob) Tucker

The final print issue of Tangent before we went online was double issue 20/21, dated Fall 1997/Winter 1998. In that issue we ran an article titled “NyCon II: Dave Kyle Says You Can’t Sit Here” by Harry Warner, Jr. With Harry’s permission, Ken Keller excerpted from Harry’s full article (which originally ran as part of Harry’s fan history A Wealth of Fable), and Ken and I selected recently acquired photos from NyCon II–the 1956 World Science Fiction Convention held in New York–to accompany the text. It was a first, this marriage of text and photos from the 1956 worldcon. We came by these rare photos via Robin W. Bailey. Bob Tucker had bequeathed to Robin a shoebox full of old photos, and it is from this shoebox of previously unpublished photos (and the generosity of Robin in allowing us to use them) that Ken came up with the idea of adding them to Harry’s article from A Wealth of Fable, and running the whole thing in Tangent.

What you see below are the photos Ken and I decided to use for the article, plus some random photos from the Tucker shoebox I ran in separate photo-only pages in that issue of Tangent. While the original photos were used for their first appearance in Tangent, the images below have been scanned (at 900 dpi) from that issue of Tangent and do not reflect their full quality. It has been my understanding that Robin retains possession of the originals.

Ken Keller wrote the introduction and afterword to his excerpt of Harry Warner’s NyCon II account of the 1956 worldcon, which I am including for context. I hope you enjoy this rare bit of fan history as brought together from (coincidentally) three Kansas City fans: Robin W. Bailey (future SFWA President), Ken Keller (Chairman, 1976 Worldcon in Kansas City), and myself (future SFWA Bulletin editor). 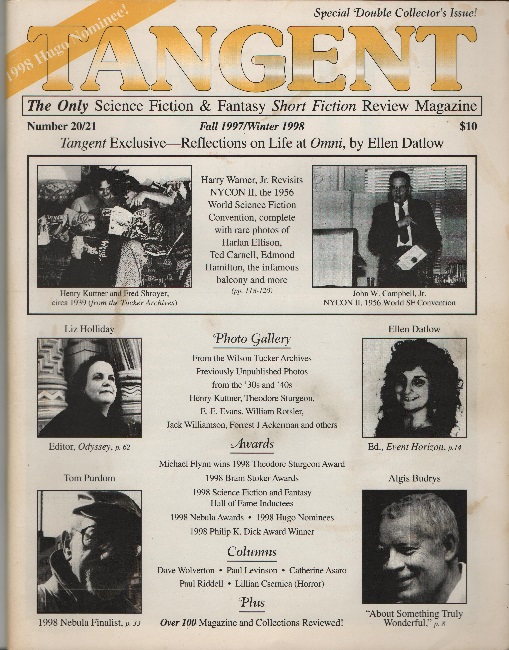 In 1956, 18 years after the first worldcon, fandom and prodom finally returned to the worldcon’s headquarters, New York City, for the 14th World SF convention. Arthur C. Clarke was the only Guest of Honor, the norm for the time. Both sides of the science  fiction field had changed quite a lot when compared to the pre-WWII era, but both were still recognizable, even to the oldest diehard. The entire field had continued to change, to evolve, and NYCon II (or NEWYORKON as some referred to it) stood in stark contrast in many ways to its predecessor of 1939.

Foremost among the differences was NYCon II’s attendance of 1,200, which was six times larger than the first NYCon in 1939. That first worldcon spent a total of $269.94, of which $36.06 was profit. NYCon II went on to spend more than $7,000. It would have lost $1,300 if emergency measures hadn’t been taken at the convention to reduce some of the deficit. (Inevitably, the issues of Big Attendance and Big Money would continue to influence and shape worldcon affairs throughout the rest of its history, with all the attendant politics that comes with the territory.)

The following article, which is based on the con reports from the era, was excerpted with permission from Harry Warner, Jr.’s Hugo-Award-winning book, A Wealth of Fable, and informal history of science fiction fandom of the ’50s. The photos with the article are from the archives of Wilson “Bob” Tucker, now in the care of Robin Wayne Bailey, and are used with permission. These previously unpublished photos were selected by Dave Truesdale and myself and are married to Harry Warner’s text for the first time anywhere. 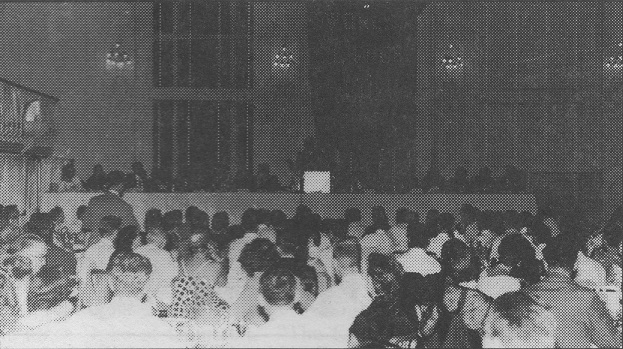 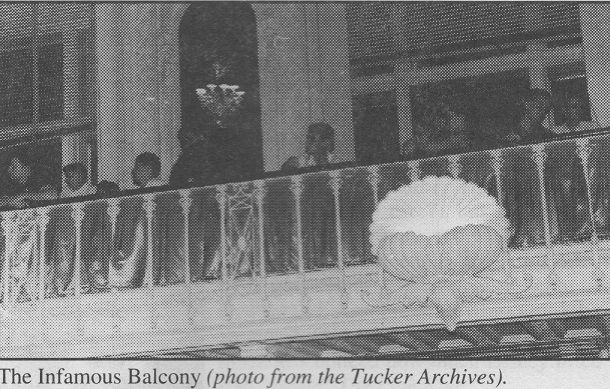 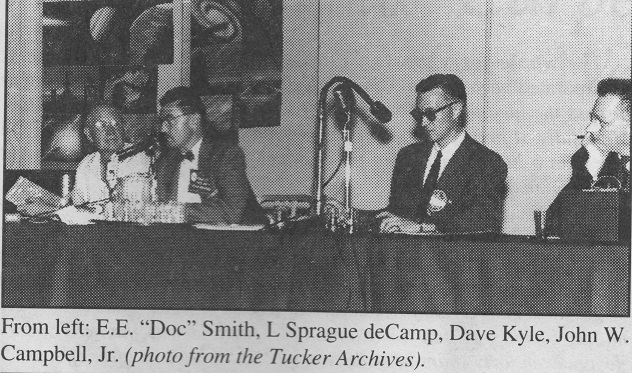 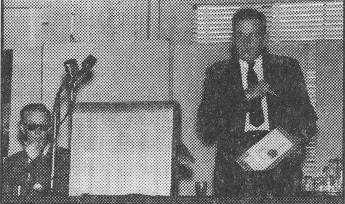 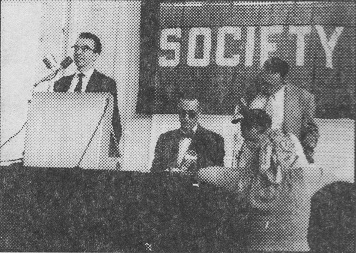 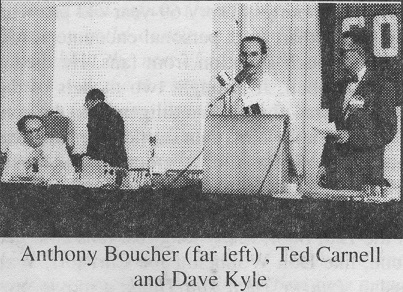 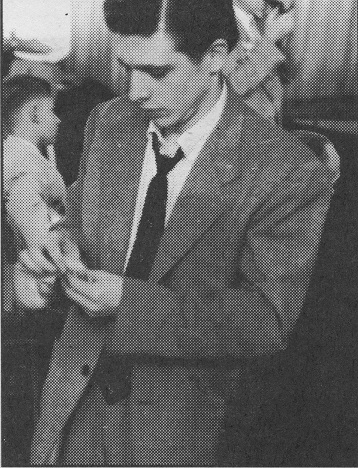 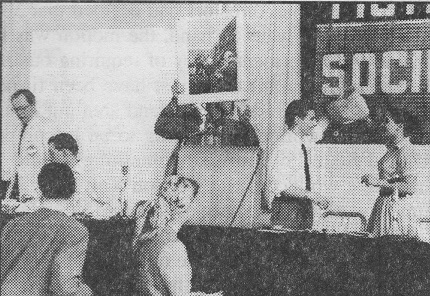 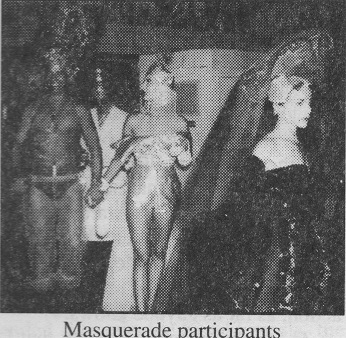 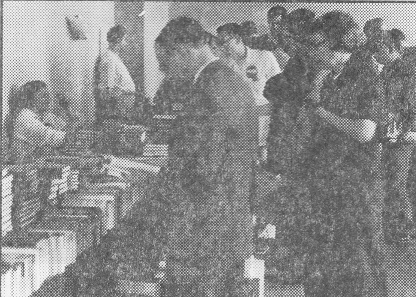 The whole sorry mess of the World Science Fiction Society, Incorporated began at Chicon II, the ’53 worldcon, at a meeting to discuss the idea for the formation of a formal worldcon organization. Mercifully, it finally gasped its last breath, to thunderous applause, in less than a half-hour during the business session of Solacon, the ’58 worldcon in L. A.

In the five years between these worldcons, the WSFS, Inc. debate polarized fandom’s opinions and passions like no other issue has before or since. Considerable acrimony and political infighting, even a couple of lawsuits, resulted in the years between the birth and death of the idea. And NYCon II’s chairman David A. Kyle was right in the middle of the conflict. So traumatic to fandom was the WSFS, Inc. debate even forty years later the worldcon still feels its after effects.

Today, every local worldcon committee incorporates itself, as a sovereign and distinct legal entity. Even with the modern worldcon’s six-figure operational budget, its large volunteer staff, its semi-permanent “floating worldcon committee” (which maintains a bureaucracy that rivals that of a city government), the World Science Fiction Society–composed of the members of every worldcon–remains an unincorporated literary society to this very day.

Select Photos from the Tucker Archives
(not related to NYCon II) 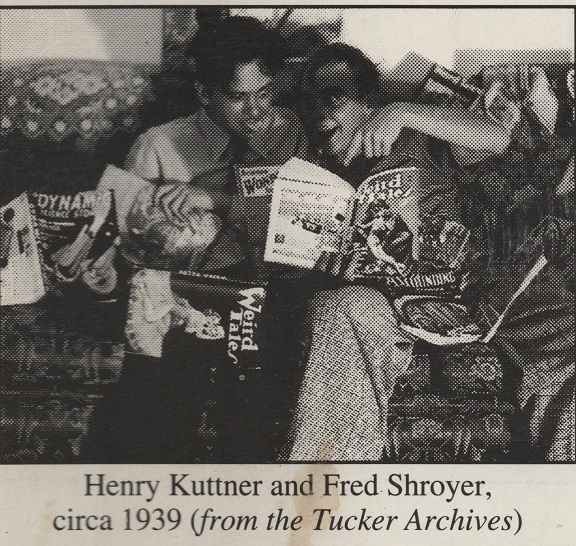 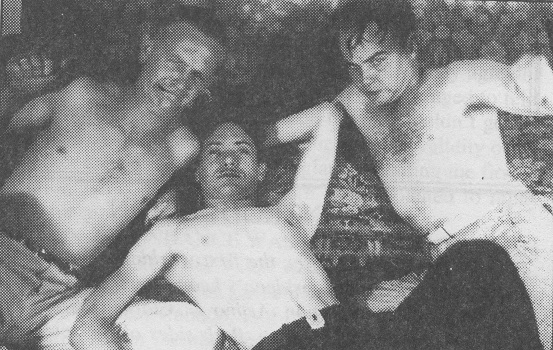 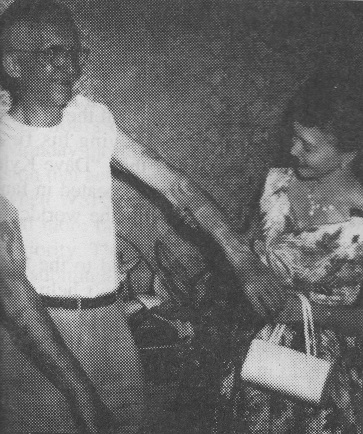 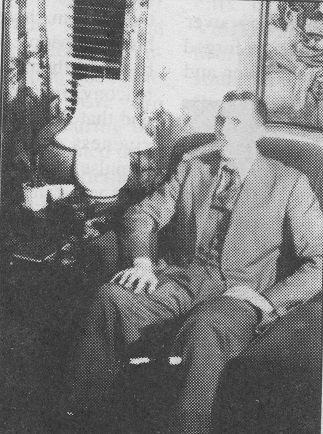 (Above: Though this photo is attributed as being E. E. Evans while at a Galactic Roamers Christmas Party in the late 1930s, it has not been verified.) 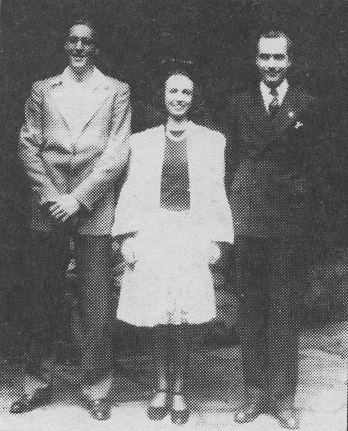 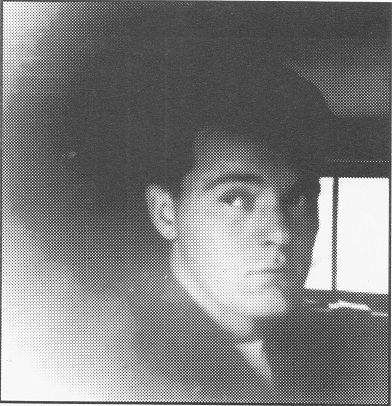 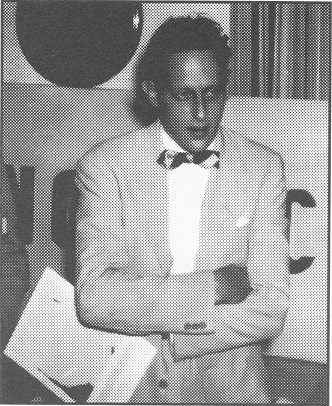