As will be the case with each of these photo galleries, when I reach into the box for a handful of photos from days gone by I never know what I will come up with. Many are apparently grouped according to the particular convention or awards ceremony, while just as many are not. We’ll be running up and down the timeline with each gallery, and this one is no exception. 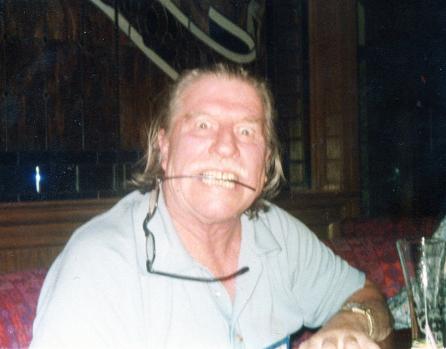 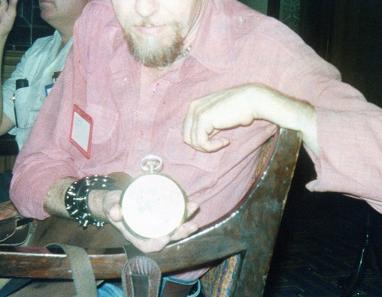 Vern Coriell (left) and Lin Carter (right) at the hotel bar one afternoon. It was a rare treat to meet them both, especially Vern. Vern was founder and editor of the Burroughs Bulletin (with ERB’s blessing), which first issue was published in July of 1947. Vern was a circus performer and acrobat in real life, but his first love was always the work of Burroughs. While Vern and Lin bought the drinks and talked, I listened (and drank). To this day I regret not having the tape recorder running. The center photo shows Lin proudly displaying his silver Buck Rogers watch. To the best of my recollection he said there were only two in existence: one silver, one gold. Vern passed away in January of 1987 and Lin passed away in February of 1988. 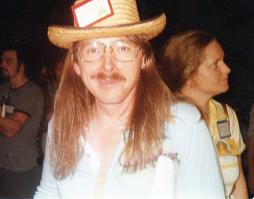 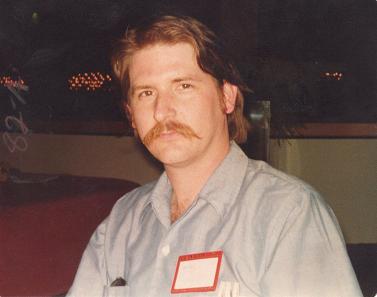 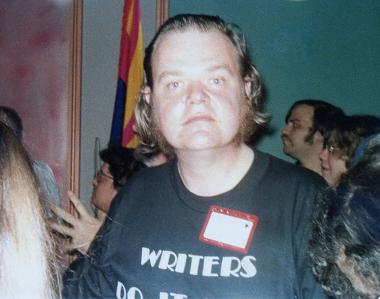 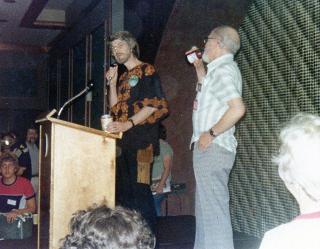 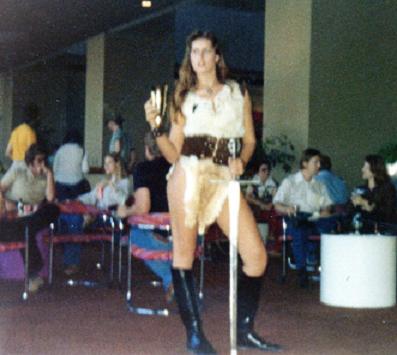 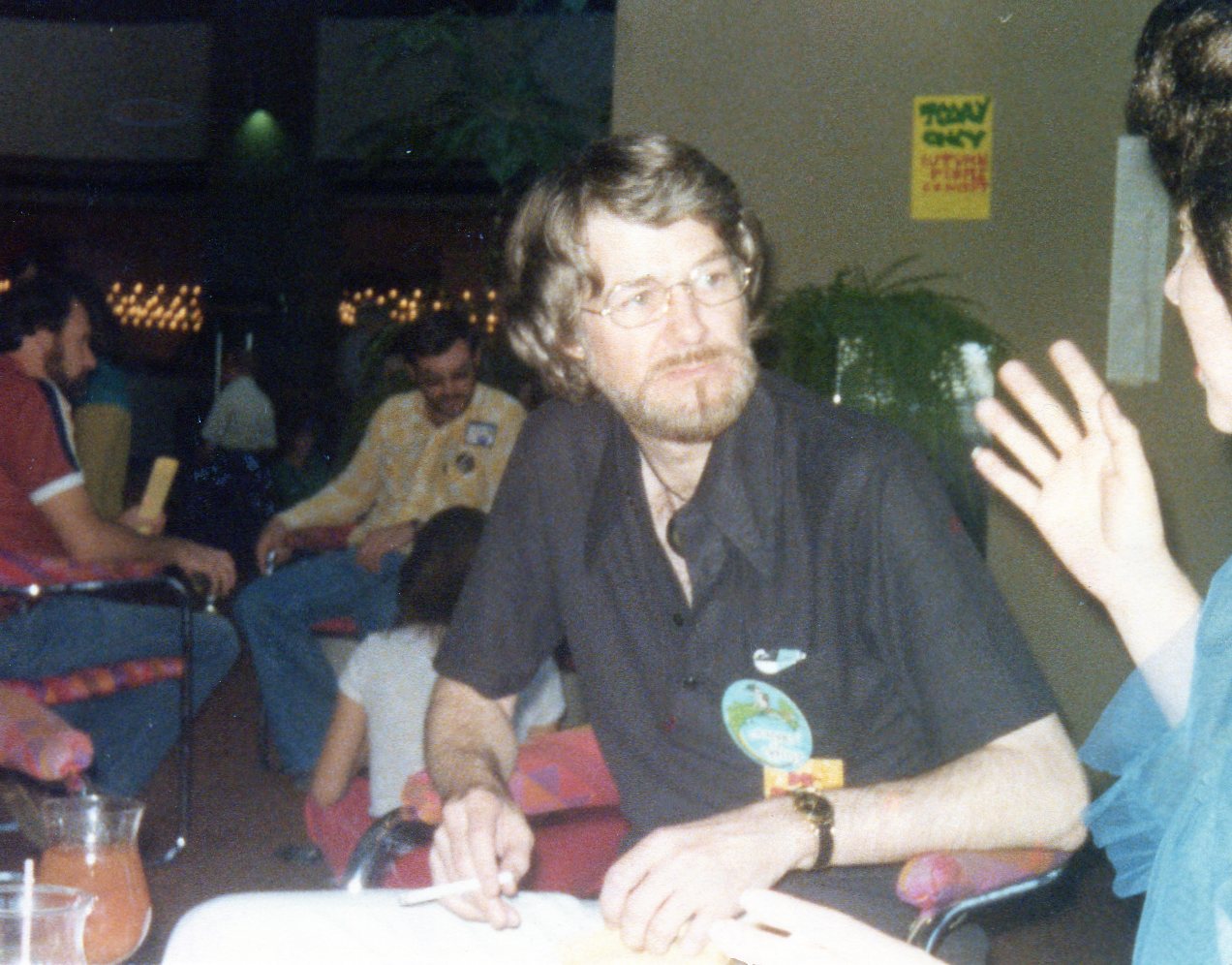 At left is Andrew J. Offutt (SFWA President 1976-78) at podium, with Iguanacon Toastmaster F. M. Busy looking on, with beer. Center photo of Andrew J. Offutt. Photo at right is costumed barbarian babe. Well, yeah. She was everywhere, and kind enough to pose for me and at least a dozen other photogs who gathered around while she was strutting her stuff. We couldn’t resist. 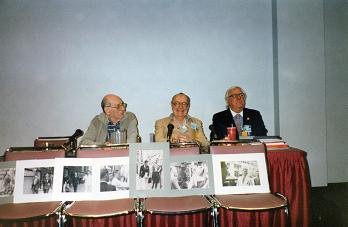 Julius Schwartz (left), Forrest J Ackerman (center), and Ray Bradbury (right) on a panel reminiscing about their first days in SF fandom in the 1930s. The blown up photos in front of the table were taken by Conrad Ruppert (now deceased), and were supplied by John L. Coker III. They show 4E, Ray, and several others and are rare photos indeed. 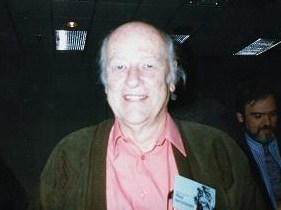 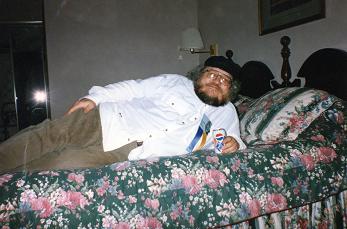 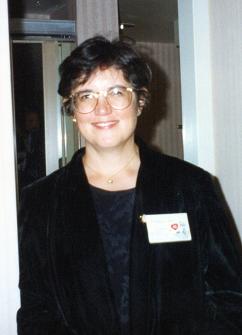 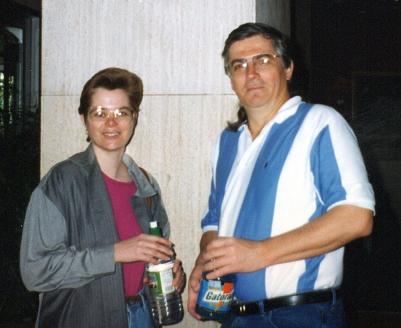 All photos copyright © 2011 by Dave Truesdale. All rights reserved.