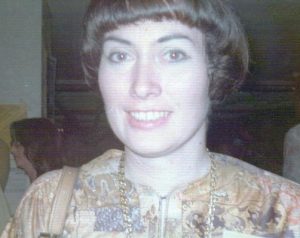 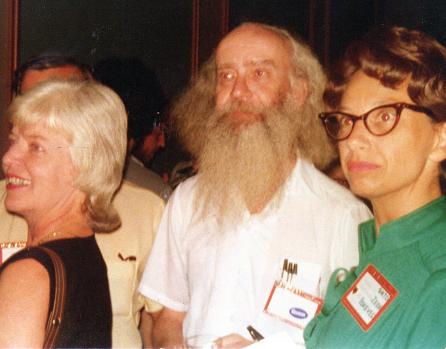 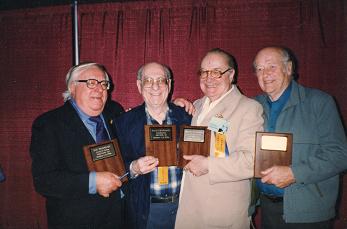 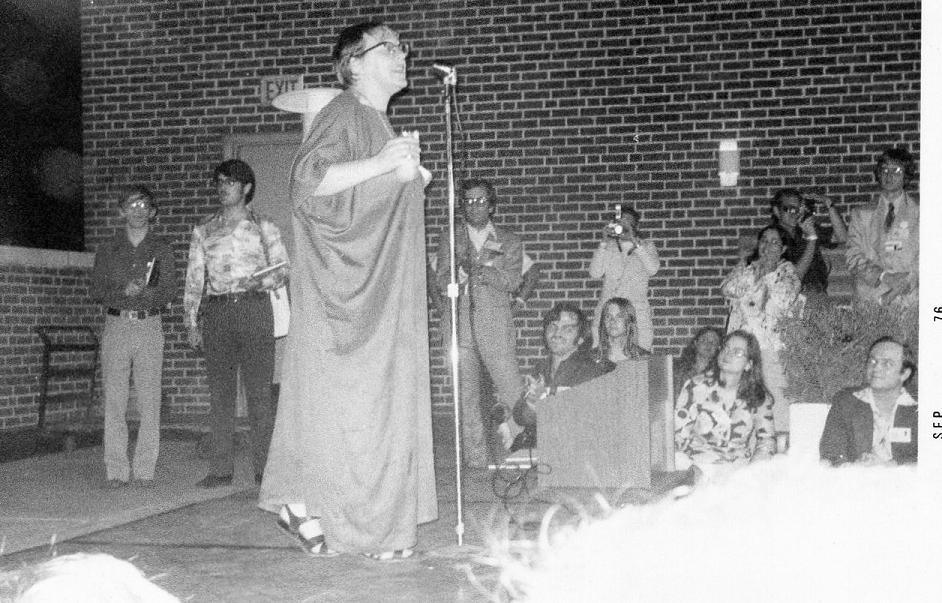 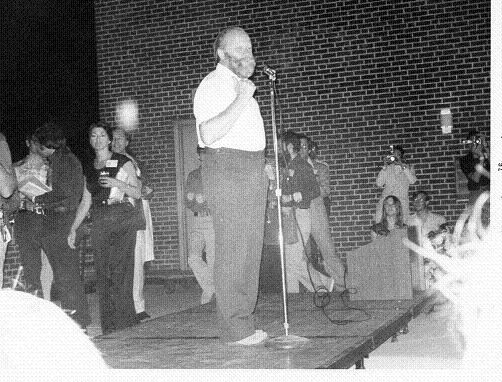 MidAmeriCon, Kansas City Worldcon 1976. Marion Zimmer Bradley (left) and Frank Herbert (right) at Muehlbach hotel rooftop reception. If you look closely you’ll spot Barbara Bova as the woman behind Frank walking toward camera with a drink. I believe that’s Ben behind her. 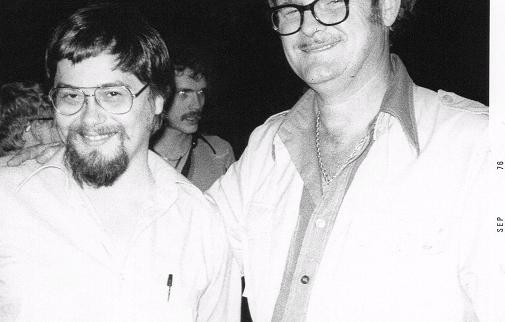 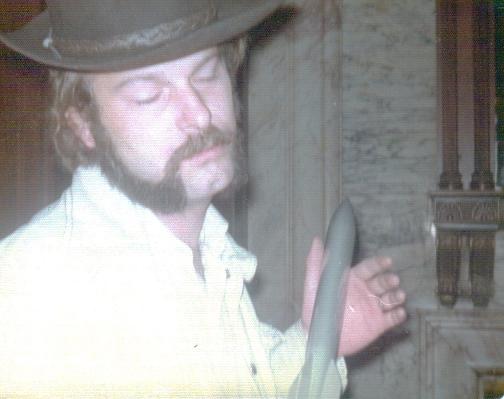 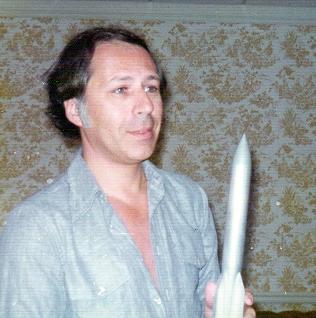 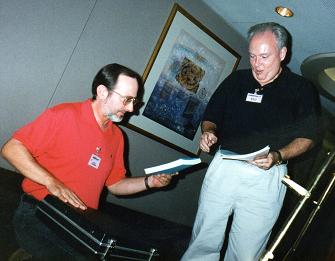 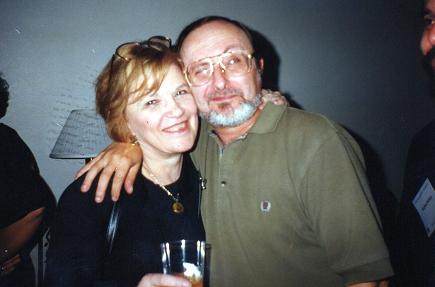 At left, Ye Ed and Rick Bowes at Readercon 11, 1999. I believe Mark Rich took this picture. Rick looks so pleased, you’d think this was the first autograph he’d ever signed. At right, Playboy fiction editor for over 20 years, Alice K. Turner and Ye Ed. This was at World Fantasy Con Halloween weekend, 1998 in Monterey, CA. Ye Ed was a judge that year. The parties were something else. This photo was taken at a crowded con-suite about halfway through a long evening of partying, and everyone was three sheets to the wind, raucous laughter drowning out all attempt at coherent conversation. When I asked if I could take a picture with her, Alice grabbed me before I knew what was happening. I tried to mug for the camera in my surprise, but I’m afraid it came out as more of a grimace than anything else. I assure you it was not meant to be. Alice was a real party animal and quite charming to boot.
All photos copyright © 2011 by Dave Truesdale. All rights reserved.