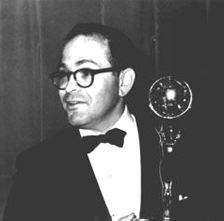 X Minus One aired “The Castaways” on September 15, 1955 as its 18th episode. It was written by Ernest Kinoy who, along with George Lefferts, adapted the X Minus One stories from their print versions by SF authors. Kinoy (born April 1, 1925 —    ) would write a number of original stories for this show and several other radio, television, and movie projects. Along with Dimension X and X Minus One, Kinoy would team with George Lefferts as the primary writers for the Rocky Fortune radio show starring Frank Sinatra. Those of an age will recall several TV series for which Kinoy wrote episodes: The Defenders, Naked City, Route 66, Dr. Kildare, and Shane. He wrote the screenplays for two Sidney Poiter films of note: Brother John (1971) and Buck and the Preacher (1972). 1976 saw Kinoy honored with an Emmy nomination for his script for the television movie Victory at Entebbe, and in 1977, along with William Blinn, Kinoy would win one of his multiple Emmys for the second episode of  the mini-series Roots. Captured during World War II he was placed in a Stalag, but because of his Jewish heritage was then transferred to a slave labor camp at Berga. Kinoy began working for NBC radio and television in 1948, and from 1969-71 was President of the Writers Guild of America, East.

It is no doubt due to his experiences during WWII that the backdrop for “The Castaways” is a military one. Many atom bomb tests were conducted in the South Pacific following the war, but what is the ethical thing to do when the atoll on which you wish to conduct such a test is inhabited? And by “natives” who do not wish to be relocated and the sacred burial grounds of their ancestors violated? Such a culture clash provides its own moral dilemma, but Kinoy provides another layer to the story that makes it even more interesting. 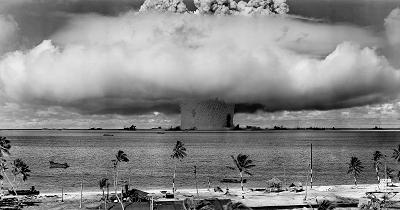