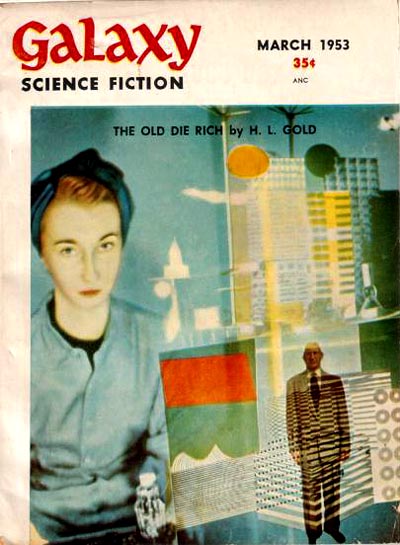 This week’s Old Time Radio episode is “Student Body” by F. L. Wallace (1915-2004). It aired on X Minus One on July 31, 1956 as episode 62 of radio’s premier SF series (1955-1958). Wallace wrote both SF and mysteries, primarily during the 50s and early 60s. Though his output was not high at just shy of two dozen SF stories and a single novel, his work saw print in a wide variety of the SF magazines of the time, a fair number appearing in Galaxy, where “Student Body” saw print in the March 1953 issue.

“Student Body” takes place on another world, where odd, rat-like creatures are discovered. The story’s central mystery surrounds the planet’s evolutionary biology as it pertains to the voracious rodents, but also touches on planetary upheaval and geology as contributing factors. The experiments the scientists perform on the creatures, as well as Earthly animals in order to unravel the “rats” mysterious biology, involve cryonics, hormones, and DNA — with unforeseen results. What they eventually uncover is something so unheard of as to make this story an intellectually challenging and most intriguing speculation on the strange lifeforms we may encounter in our future explorations of the universe.

I admit that the very last scene snuck up on me abruptly — I was expecting something to follow. But if you follow the story closely you’ll appreciate the full impact of why the story ended where it did — and just what it implies.