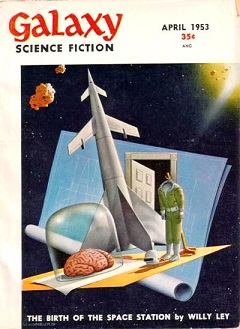 “The Seventh Victim” tells of a bizarre future where after World War IV the problem of mass violence in a single huge war has come to an end, and has been replaced by sanctioned, legal violence on a personal level. To become a murderer/hunter is voluntary, though you are also signing up and agreeing to become one of the murdered/hunted as well, and the killer aspect of this is that the Big Hunt is government sponsored and televised (sound familiar?). If you can live until you’ve slain your tenth victim you can retire and fame and fortune will be yours. What kinds of unforeseen problems might a scenario like this have? Or does it fulfill its function like a well-oiled machine? Sheckley here shows us one possible outcome. The story proved so popular that it was made into the 1965 film The Tenth Victim starring Marcello Mastroianni and Ursula Andress. It can lay claim to being the first film to feature a reality-based televised death game (Hunger Games anyone?). If you’ve not read the story or seen the film, you’ll get a bang out of the ending.

{With no major holidays in sight, that meant no days off from school in early March of 1957, so the neighborhood gang sought to break out of the day to day boredom of sitting in class during the day and doing homework at night, by meeting at the neighborhood newsstand come Saturday mornings. Fantastic Universe (1953-60), despite being a relative genre newcomer, was able to snag some popular, or on their way to becoming popular, authors. A few names coming to mind include Harlan Ellison, William Tenn, Isaac Asimov, Robert Bloch, Arthur C. Clarke, Frederik Pohl, Miriam Allen De Ford, and Frank Herbert. It was a monthly in 1957. Galaxy (1950-80) was one of the major SF magazines for decades and a welcome newcomer among readers and writers, for it offered a new direction for the genre as envisioned by its first editor, Horace Gold. It too was a monthly in 1957. Imaginative Tales (1954-58) was the sister magazine to Imagination. Raymond Palmer published Imagination‘s first issue in October of 1950 but sold it after two issues to William Hamling, who would then pair it with Imaginative Tales in 1954. It was a bi-monthly in 1957.] 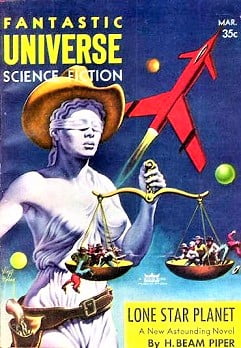 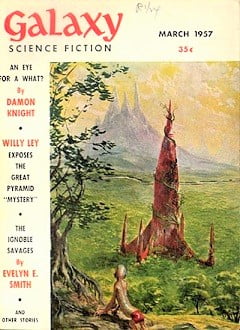 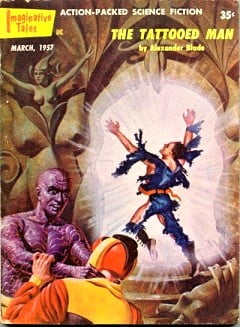