X Minus One (1955-58) aired “The Sense of Wonder” on April 24, 1956 as its 48th episode. It first appeared as a short story by Milton Lesser (1928-2008, photo at right) in the September 1951 issue of Galaxy (cover at left). That was a pretty good issue of Galaxy, for it featured two other stories that would become well known in their own right: Murray Leinster’s short story “If You Was a Molkin,” and Part 1 of 3 of Robert Heinlein’s now classic novel The Puppet Masters.

Lesser also wrote a fair number of mystery stories and novels along with his science fiction novels and stories, and employed numerous pseudonyms alsong the way, a few of them being Stephen Marlowe,  C. H. Thames, and even the house/franchise name of Ellery Queen. He was honored with a Lifetime Achievement Award by the Private Eye Writers of America in 1997, and is perhaps best well known in mystery circles for his detective character Chester Drum, created for the 1955 novel The Second Longest Night.

“The Sense of Wonder” is the story of a generation starship that has traveled through space for countless thousands of years. The original crew is long dead and the ship’s course has been automatically set, the reason for which becomes apparent as the story progresses. Over time, the people living in the starship have forgotten its purpose and a pseudo-religion has cropped up and taken over the belief systems of the inhabitants, to the point where to question the strict dogma can lead to being blasted into nothingness by the “convertor.” Of course, we have a dissident, a heretic, who upsets the applecart when he begins to question the harsh “control police,” and things come to a head when the ship’s engines begin to make a different sound, heralding another long-ago preprogrammed signal in regards to the generation ship’s long and seemingly endless voyage. I will leave the conclusion of the story for you to experience on your own, for to reveal it now would surely take away some of “The Sense of Wonder” we all try to hold onto, and which Time steals from (some of) us the older we get.

{After listening to this X Minus One story about a sense of wonder, the neighborhood gang decided to exercise a little of their own sense of wonder and headed for the corner drugstore for a quick fix of their favorite reading. Astounding SF (1930-present, now Analog) was always one of their favorite magazines but they were especially pleased to pick up this particular issue, for it contained Part 3 of 3 of Robert Henlein’s novel Double Star. ASF was a monthly in 1956. Galaxy (1950-80) was quickly becoming a favorite and with cool covers like this one was a sure bet to attract the eye of new readers with a sense of wonder. Galaxy was a monthly in 1956. The Magazine of Fantasy and Science Fiction (1949-present) was also quickly becoming a new favorite to stand alongside Galaxy and Astounding as must-buys every month, its range and balance of SF and F and the approaches writers new and old took to genre themes making readers sit up and take notice, showing that a sense of wonder can be dusted off and held up to the light in new ways.} 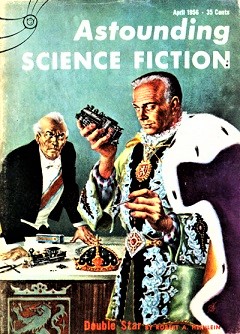 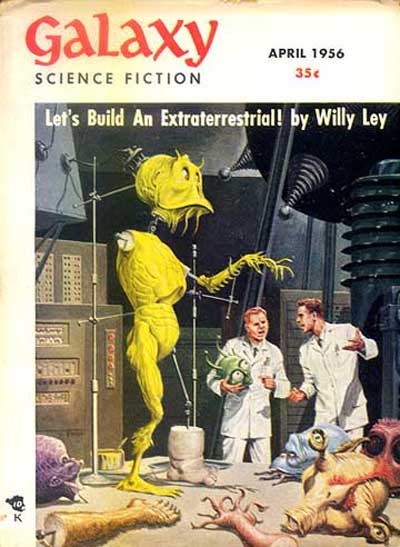 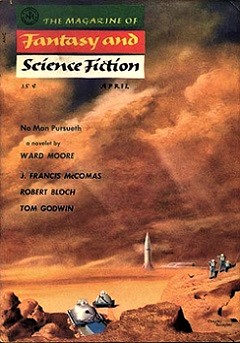