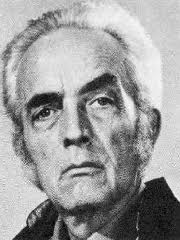 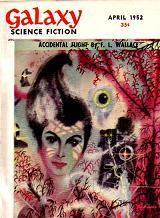 X Minus One aired Fritz Leiber’s “The Moon is Green” on January 2, 1957 as its 82nd episode. It appeared originally in the April 1952 issue of Galaxy. Set years following a nuclear holocaust (a common theme during the 1950s Cold War era), it describes survivors living in lead-shielded structures to avoid the still active threat of radiation contamination. A young pregnant woman bemoans the lonely isolation, the cloistered existence to which she and other survivors are condemned. And then one day a stranger knocks on her door and changes her outlook entirely. But is he a savior or a false prophet? Listen as Leiber (through George Lefferts’ adaptation) spins out an emotionally charged drama, aided by strong acting performances in this wistful, yet haunting story.

[Thanks to the wonders of the internet, you can read “The Moon is Green” from the original magazine by clicking on the title page below, which includes a nifty “flip the page” feature.] 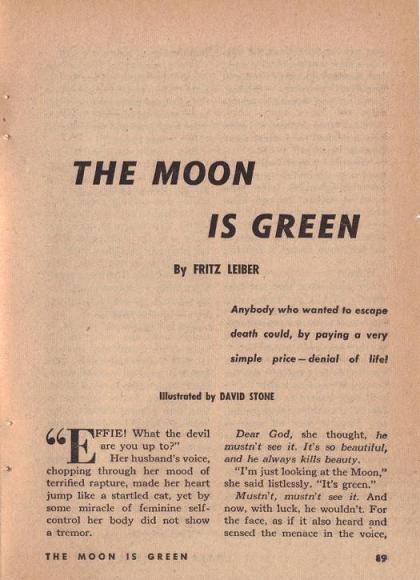 {Energized, as always, after listening to this episode of X Minus One, the neighborhood gang bundled themselves up on a cold January afternoon in 1957 and headed for the corner drugstore, where they found many of their favorite magazines to carry them through the week, several selections of which are shown below. Imaginative Tales was the sister magazine to Ray Palmer’s Imagination, which saw its first issue with a cover date of October 1950. Launched in September of 1954, Imaginative Tales would close shop with its November 1958 issue after a modest 26 issue run.} 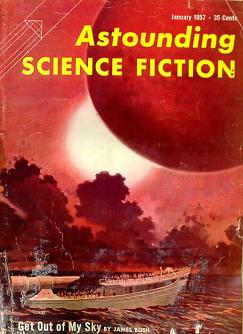 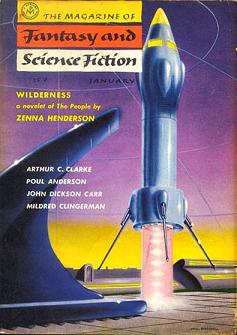 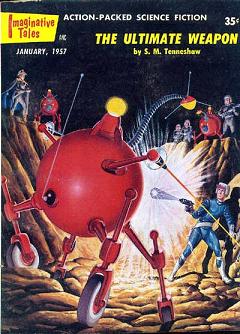