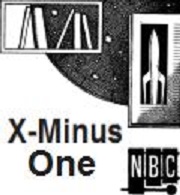 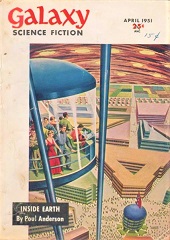 “Field Study” is a rather low-key tale centering on an enigmatic doctor with seemingly miraculous cures for just about every ailment imaginable, and a henpecked husband sent by his boss to investigate the doctor for possible fraud. What he discovers of the doctor’s origins and purpose comprise the body of this thoughtful story, with a rather obvious (in literary terms) example in humility (via the lens of science vs. superstition) taught by the kindly doctor–who just appears by the way, but not by spaceship as you might at first imagine. It is a pleasant little feel good story and I hope you enjoy it.

Though Peter Phillips was not a well known name and his overall output was minimal, there were six other authors published in the April 1951 Galaxy, all but one of them well known and highly regarded. In fact, as far as popular, well known SF authors went, this was a fairly stellar lineup. This issue included, along with Phillips’s “Field Study,” Poul Anderson’s novelette (and cover story) “Inside Earth,” Fritz Leiber’s short story “Nice Girl with Five Husbands,” William Tenn’s short story “Betelgeuse Bridge,” Walt Sheldon’s novelette “I, the Unspeakable,” and one of the most famous SF stories of all time, C. M. Kornbluth’s novelette “The Marching Morons.”

As a note about further X Minus One episodes, I point out that OTR historians have more or less reached a consensus and settled on the number of available episodes, that number being 116 original episodes with a total of 125 in circulation (the latter number includes rebroadcasts of original episodes). To date, I have showcased 90 (give or take 1 or 2) of the original episodes, leaving but 26. Therefore, I will have to be judicious in presenting the few remaining episodes, sprinkling them wisely among other various old time radio shows lest we run through the entire series sooner than later.

{Cooped up in their houses during the cold days of February 1957, the neighborhood gang had read all of their monthly SF pulps and, bundling up and meeting on the corner, headed for the warmth of the corner newsstand for more material to tide them over. The first issue of Saturn hit the stands with its March 1957 issue. A bi-monthly, it would last but five issues, its last coming in March of 1958. The Original Science Fiction Stories magazine appeared in 1955 and would have a decent 5-year run, folding in 1960. It also was a bi-monthly publication. Super-Science Fiction ran for 18 issues, from December 1956 through October 1959, and it too was a bi-monthly. It looks like the venerable Robert Silverberg was selling well in the early months of 1957, his name appearing on the cover of two of the three magazines showcased below. Not to be outdone by his longtime friend Robert Silverberg, Harlan Ellison shared the Super-Science Fiction cover credit with James Gunn. Little could they imagine that in the first decade of the 21st century all three would be honored as SF Grand Masters:  Robert Silverberg in 2004, Harlan Ellison in 2006, and James Gunn in 2007. Isaac Asimov also shared cover credit with Silverberg on this 1957 issue of The Original Science Fiction Stories. He would be named an SF Grand Master 30 years later, in 1987.} 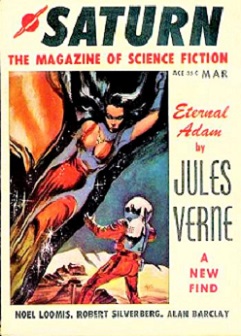 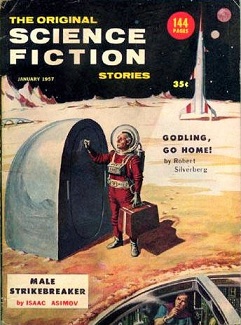 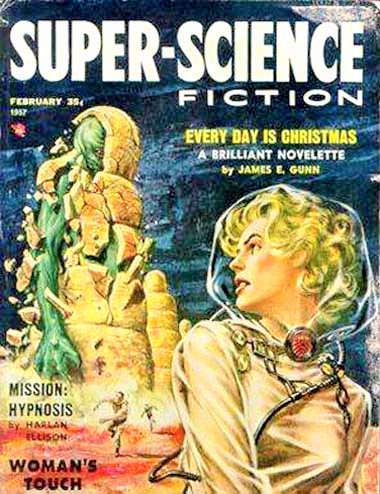