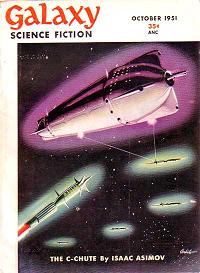 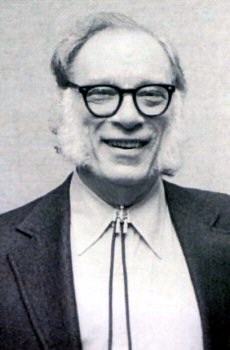 X Minus One aired “The C-Chute” on February 2, 1956 as its 37th episode. Written by Isaac Asimov (1919-1992), it originally appeared in the October 1951 issue of Galaxy–the magazine’s first anniversary issue. Full of action, adventure, and human drama, “The C-Chute” plunges us into an interstellar war where aliens have captured one of our ships and hold the crew prisoner. Not wishing to be sardined on the weeks’-long voyage to the aliens’ planet, there to remain in a prisoner of war camp for the duration of the war, they plot a daring and highly dangerous takeover of the ship. Internal tensions, squabbling, and accusations of being too friendly with the enemy finally pushed aside, unlikely heroes step forward and prove that bravery comes in all shapes and sizes, and from a variety of motives.

Aside from being Galaxy’s first anniversary issue, the only other claim to fame worthy of note here was the second of three parts of Robert A. Heinlein’s The Puppet Masters, and of course the cover story, Isaac Asimov’s “The C-Chute.”

{After “The C-Chute” had primed their imaginations for further thrilling otherworldy adventures, young and old alike returned to their favorite SF mgazines to while away a sunny but crisp February afternoon in 1956, several examples of which are shown below.} 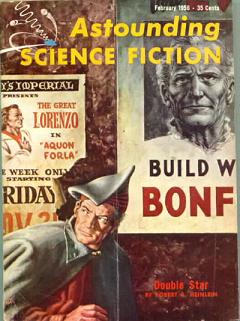 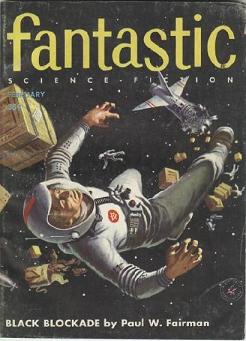 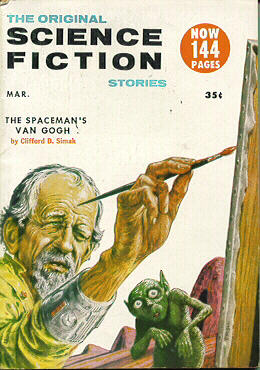