X Minus One (1955-58) aired Clifford D. Simak’s “Drop Dead” on August 22, 1957. It originally saw print in the July 1956 issue of Galaxy. Astronauts scouting a new planet discover–upon dissection–that the dominant lifeform sports every vital organ (or equivalent thereof as they know them)…except a brain. Perplexed, and, upon further examination and their knowledge of human evolution, they come to the conclusion that the “critters” are the product of a radically different evolutionary biology from our own. How these small, seemingly harmless critters have come to be at the top of the food chain on this strange world is at the heart of this intellectually stimulating mystery. What our intrepid explorers soon learn the hard way and with unforeseen consequences reinforces the adage that when exploring the Great Unknown it is wise to take nothing for granted. Definitely food for thought, and a dandy piece of true science fiction. 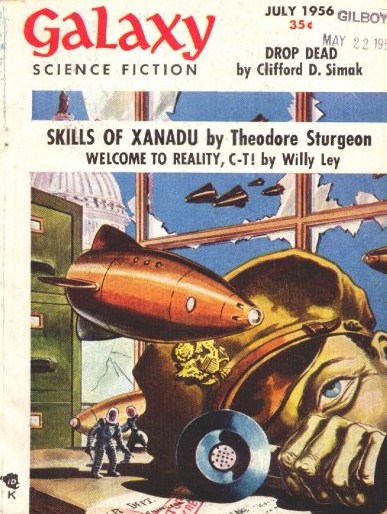