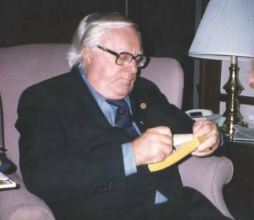 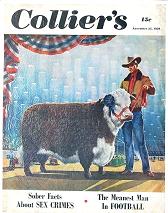 Ray Bradbury introduces both his “Season of Disbelief” and “Hail and Farewell” which aired on the CBS Radio Workshop on February 17, 1956. Both stories feature children and the touching effect they have on older people. In “Season of Disbelief” an old woman learns a valuable lesson from a young girl, and in “Hail and Farewell” a young boy spreads love to childless couples across the country–if even for a brief time–for he holds a secret he dare not expose. Told with all of Bradbury’s lyric imagery and poeticism (and admirably adapted for radio by Antony Ellis), perhaps one of them might bring a lump to the throat of even the most unemotional listener. On this Mother’s Day, “Hail and Farewell” reminds us that the greatest gift a child can give a mother is that of love itself.

“Season of Disbelief” first appeared in Collier’s for November 25, 1950 and later became one of the stories in Dandelion Wine (1957). “Hail and Farewell” first saw print in Today for March 29, 1953 and was then included in Bradbury’s 1953 collection The Golden Apples of the Sun. It has been reprinted many times, including the 1965 collection The Vintage Bradbury, and in S is for Space (1966). It came to television as an episode of The Ray Bradbury Theater in Season 4, Episode 10, which aired on September 29, 1989.