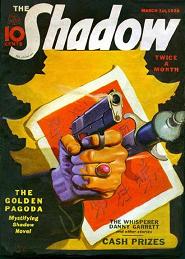 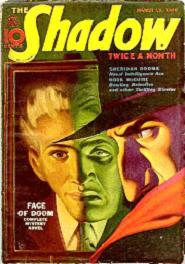 The Shadow (1937-54) aired “The White Legion” on March 20, 1938. It’s been six months since we last visited the Shadow and felt it was high time we checked back to see what adventures had come his way since then. In this taut drama, city corruption at all levels and a secret organization (think Star Chamber) form the basis of the story. The White Legion is a clandestine group out to eliminate those they decide are wrongdoers (i.e. against the Legion’s interests) — but they are naught but a corrupt group of thugs — private citizens and city officials (including the very influential editor of a city newspaper) out for their own gain. They stop at nothing, including kidnapping and murder to achieve their greedy personal agendas, and it takes the wiles and cunning of the Shadow to bring them to justice. 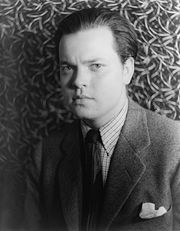 For its first year of The Shadow on radio (Sept. 26, 1937-Sept. 18, 1938) none other than Orson Welles (1915-1985) would fill the role of Lamont Cranston as the Shadow, with Agnes Moorehead as Margot Lane. Welles was but 22 when “The White Legion” aired, and would turn 23 two months later in May. In July of 1938 he would create First Person Singular, shortly thereafter renamed The Mercury Theater on the Air. He would star in both weekly episodes of The Shadow (30 minutes) and First Person Singular/The Mercury Theater on the Air (60 minutes) until he retired from the former in September. Following his final appearance as the Shadow (“Professor X,” Sept. 18th)  it would be but six short weeks before Welles would terrify America with his Mercury Theater broadcast of October 30, 1938, The War of the Worlds. Agnes Moorehead’s final appearance as Margot Lane would end with this week’s The Shadow episode “The White Legion,” no doubt readying herself for the launch of The Mercury Theater on the Air in July. Moorehead and Welles would work together several more times on now classic films (most notably Citizen Kane–1941, and The Magnificent Ambersons–1942). Both would see their stars rise for the next several decades both on radio and in film, so it is a rare treat to hear them here together at the beginning of the Shadow’s long radio run and the start of their own stellar careers.

Welles would remark to his friend and mentor Roger Hill of his love for live radio:  “Radio is what I love most of all. The wonderful excitement of what could happen in live radio, when everything that could go wrong did go wrong. I was making a couple of thousand a week, scampering in ambulances from studio to studio, and committing much of what I made to support the Mercury. I wouldn’t want to return to those frenetic 20-hour working day years, but I miss them because they are so irredeemably gone.” — Orson Welles, February 22, 1983

Following a television appearance on The Merv Griffin Show on October 9, 1985, Welles would return home to work late into the night on a project. He died of a heart attack in the early hours of October 10, 1985.

Newcomers to these Shadow radio shows can read a capsule history of the show, its origins, the differences between the magazine and radio versions, (it was Margo in the novels but Margot for radio; in the novels Margo did not know the Shadow’s secret identity, for radio she was the only one who did) and much more by going to the following episode, the very first The Shadow episode on radio, “Death House Rescue.”

{Inspired by yet anotherThe Shadow episode where crime and corruption are thwarted by the champion of justice and the bane of criminals, youngsters would rifle through their stash of current mystery and detective magazines in March of 1938 and read of dastardly criminals and other evils being overcome by tough-minded and hard-hitting defenders of Good, several examples of which are showcased below.} 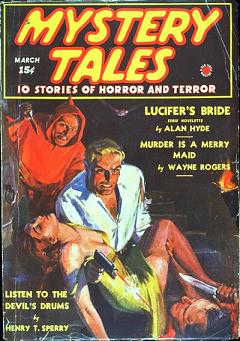 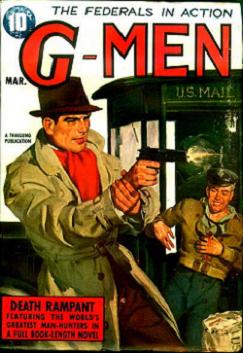 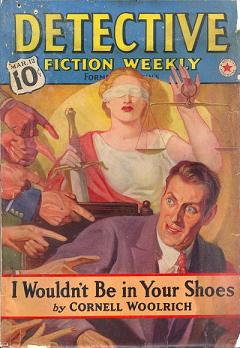