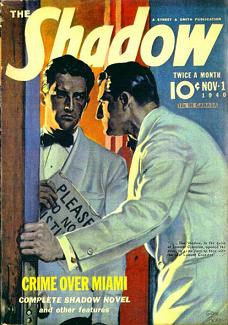 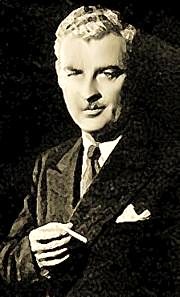 The Shadow aired “The House of Horror” on November 17, 1940 as its 104th episode of 665 (some put the figure at 690). The series ran from September of 1937 through December of 1954, and as of this date approximately 280 have survived, the others lost or otherwise destroyed. This episode features Bill Johnstone (1908-1996) as the Shadow. After Orson Welles’s departure following the 1938 season, Johnstone would man the helm as the voice of the Shadow from late 1938 through 1943. He proved to be a popular and well-received Lamont Cranston/Shadow, adding even more gravitas to the Shadow character than did Welles. Johnstone would go on to play many roles on popular radio broadcasts (Suspense, Nightbeat, The Whistler, et al) as star or supporting cast, and also transitioned to television in the 1950s, best known (or unknown) perhaps as Judge Lowell, where for 20 years he was part of the original cast of As the World Turns. Johnstone died November 11, 1996.

“The House of Horrors” is funny-scary and makes no sense whatsoever. An evil genius scientist has a couple of paid goons steal a gorilla from the city zoo. Back at his hidden laboratory the scientist has kidnapped a young woman, into whose brain he intends to transfer electronically a part of the mind of the gorilla, granting her enormous strength. The whacko idea being, of course (but only if this first experimental transfer works), the creation of an army of women with the strength of gorillas to do the scientist’s bidding. He will command them to rob and steal, making him rich. And who knows but that he might even take over the world with such a powerful army under his control! Like I said, funny and scary–and a lot of laughs. Of course, Margot Lane gets involved at the Shadow’s bidding and ends up in the scientist’s lab as part of trial experiment #1 (it seems the scientist needs part of the brains of two women for his brain transfer to work!), and must be rescued by the Shadow. There is much growling, rending, tearing, and screaming as you might well imagine, and it all makes for a great 25 minutes of fun (especially if you’re eight years old).

(The Shadow cover above left: November 1, 1940. Photo above right: Bill Johnstone circa 1944. Below: Bill Johnstone reads a Shadow script. Attached to the round bulb of the microphone is a simple disc-shaped filter which gave the Shadow his distinctive voice.) 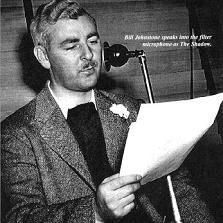 {When Shadow fans had read both bi-weekly (the 1st and 15th) issues ofThe Shadow magazine in November of 1940, and had taken the time to listen to the weeklyThe Shadow radio broadcasts, the diehards among them found further escape by spinning the local drugstore magazine racks for something different, a few examples of which are pictured below. Left: Amazing Stories, November 1940. Center: Astounding SF, November 1940. Right: Planet Stories: Fall 1940.} 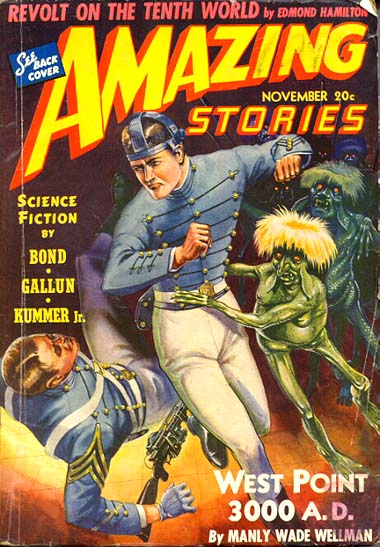 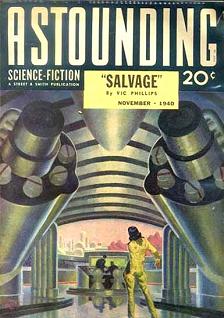 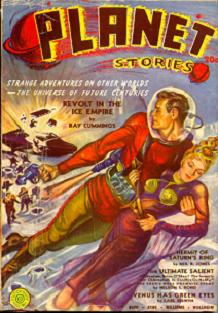