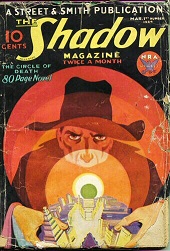 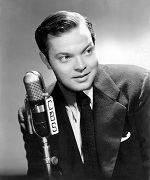 The Shadow (1937-54) aired “The Circle of Death” on November 28, 1937 at its 10th episode of nearly 700 (of which approx. 250-275 still exist). Our previous The Shadow episode was six months ago, in May, so we thought it high time to offer another, and a timely one it is. “The Circle of Death” reminds us that terrorism is not new and has been a scourge around the globe for a long, long time, easily predating this week’s episode of The Shadow. Seventy-eight years ago to the day this episode hit the airwaves, yet we see that in many ways the scenario has always been the same when it comes to the reaction of the people to their elected officials, whose first duty is to secure their safety. As “The Circle of Death” opens, we find a madman has set off a series of bombs across the city and has “blown to pieces” many innocent citizens, fifteen in the most recent blast. The entire city is in panic, the citizenry is demanding answers, and the authorities are feeling the heat. Out of desperation, the Shadow’s name is brought up as someone who might be able to help. Taking up the challenge, he sets out to stop the mad bomber before more lives are lost. It is not an easy task, as lives are at stake, more bombs are set to explode, and time is growing short.

(Cover above left: March 1, 1934. Cover story “The Circle of Death” bears no relationship to the radio episode.)

The now legendary Orson Welles (1915-1985) stars as the Shadow, as he would for its first full year (September 26,1937 – September 18, 1938), and highly regarded radio personality (and famed actress in later years), Agnes Moorehead (1900-1974) stars as Margot Lane, the only one (in the radio version) to know the Shadow’s secret identity of Lamonst Cranston. Both performances are excellent here, especially some of Welles’ dialog as the Shadow, which is brutal and downright creepy in a few spots. Would there be a place in today’s world for someone like the Shadow–if not literally then in spirit? Who, or what, might be our contemporary Shadow, confronting terror head on and dealing with it as the evil it is? Thoughts to ponder as you listen to “The Circle of Death.”

{The Shadow was everywhere in 1937: on radio, in film, and in his own magazine. The neighborhood gang couldn’t get enough of him, especially since the magazine was bi-weekly with two issues per month. Below is a film poster for The Shadow Strikes, which debuted on October 29, 1937, mere days before the November 1st issue of the magazine, which took full advantage of the publicity angle to promote the movie on its cover. And soon to follow would be the November 15th issue of The Shadow, letting no moss grow under the feet of the popular franchise. To put it in 1930s vernacular, the Shadow was the bomb.} 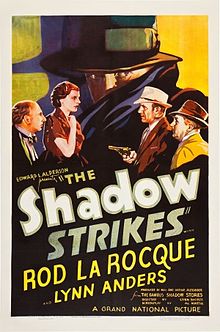 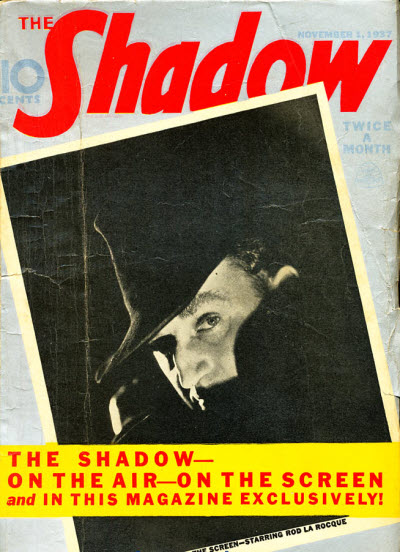 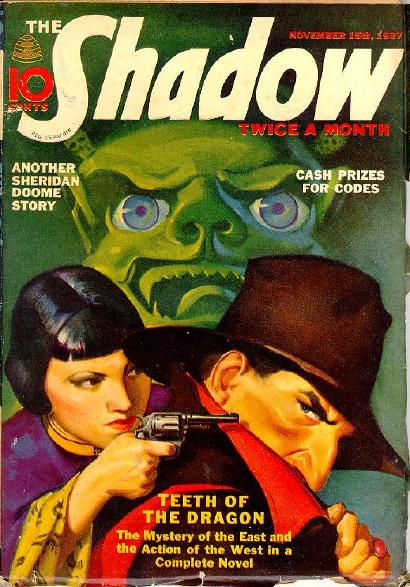