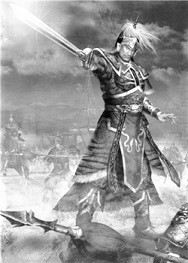 The Origin of Superstition (1932-33, 48-49, 1952) aired “Wishing on a Shooting Star” on May 26, 1933 as the 24th of its 39 episodes. As to the history of the show, I quote from one online source: “Social, scientific, cultural and historical programming constituted a great deal of Radio’s earliest programming. By the early 1930s North America’s fascination with clear, intelligible Radio broadcasts created an exponentially growing market for entertaining features from both the early regional and national networks themselves, as well as from independent content entrepreneurs.”

The Transcription Company of America, Ltd. (Transco) was one of the more prolific early independent developers of transcribed radio programming for syndication, and The Origin of Superstition was one of its popular creations. To quote again from the above cited source: “Transco didn’t skimp on talent or budget for their features, employing some of Radio’s most legendary West Coast voice talent for its transcribed, syndicated programming. Elvia Allman, Hanley Stafford, Frank Nelson, Elliott Lewis, Joseph Kearns, Verna Felton, Barbara Jean Wong, Gale Gordon, Eve Arden, Lou Merrill, Howard McNear, Ted Osborne and Lindsay MacHarrie were regularly featured in Transco’s productions. Lindsay MacHarrie also produced, directed, or wrote for several of Transco’s features.

“Transco sold their productions directly to sponsors, sponsors’ advertising agencies, or directly to independent networks or stations.” While The Origin of Superstition‘s 39 episodes originally aired in various markets and at different times in late 1932 and into 1933, its second and third airings took place in 1948-49 and then again in 1952. A few of the episode titles were slightly changed and even the title of the show was altered to names such as The History of Superstition, Superstition on the Air, and a couple more offshoots.

“Wishing on a Shooting Star” was a small, but delightful surprise. It surprised in several ways, not least of which was the relatively short 15-minute format, and then the arc of the story itself. It begins at night on a warm tropical beach where two lovers are enjoying one another’s company and professing their love. One can almost picture the scene from some old b&w movie. But then a shooting star crosses the lovers line of sight as they stare above the quietly lapping ocean waves and into the night sky, and then the scene and atmosphere change drastically as we segue into the origin story of how the superstition of “wishing upon a star” came to be. Before we know it we are whirled away to ancient China to find ourselves lost in a fearsome tale of a man who would be god, now long dead and turned to dust, and what his story has to do with wishing upon a shooting star. Another welcome surprise is that the audio quality, especially for 1933, is remarkably good. So enjoy this brief bit of simple entertainment, and discover how, if done correctly, a short 15-minutes of radio can do everything a show twice its length can do. 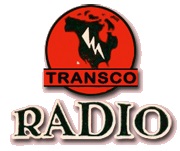 {America was in the throes of the Great Depression (1929-39) in May of 1933, so the neighborhood gang was indeed fortunate to have discretionary money–even nickels and dimes–to spend on magazines, so they learned to choose wisely and traded their purchases amongst themselves until everyone had read them all for any given month. Doc Savage (1933-49) was an exciting action-oriented hero at the time whose popularity warranted a magazine of his own, of which this issue was but its third. It was a monthly in 1933. Weird Tales (1923-54) always supplied strong doses of exotic adventure and dark devilment, and this issue was no different. (Below: Great cover, classic early Jack Williamson novel.) WT was also a monthly in 1933. Wonder Stories (1930-36) was holding its own as one of the very first SF pulp magazines (check out the Clark Ashton Smith story in the issue below). It went through a number of name changes to arrive at its present title: Air Wonder Stories (1929-30) and Science Wonder Stories (also 1929-30) merged to become Wonder Stories (1930-36), and then it finally transitioned into Thrilling Wonder Stories (1936-54). In 1933 Wonder Stories was a monthly.} 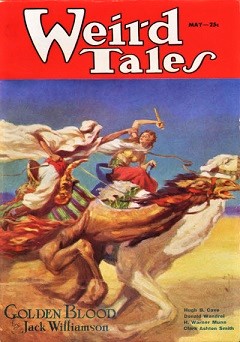 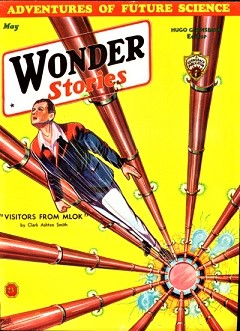