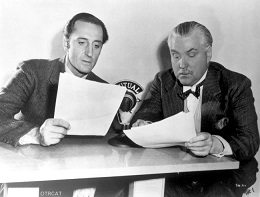 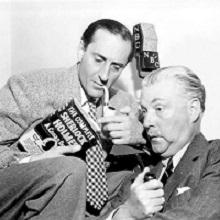 The New Adventures of Sherlock Holmes aired “The Night Before Christmas” on December 24, 1945. While Sherlock Holmes on radio began in 1930 and would run in various incarnations and with several teams of actors playing Holmes and Watson, it was Basil Rathbone (1892-1967) and Nigel Bruce (1895-1953) who reprised their successful film roles from the years 1939-46 on radio. Rathbone was tired of both his film and radio roles as Holmes and feared he would become typecast and wanted out. The Mutual Broadcasting Network offered him a generous increase in salary, but Rathbone declined and left the series on May 27, 1946, his final role as Holmes being “The Singular Affair of the Baconian Cipher.” Of the 220 Rathbone/Bruce radio episodes only about 55 are known to still be in circulation.

As was the case with each episode, the sponsor (Petri wines) visits Watson at home and asks for another tale of his and Holmes’ adventures, to which of course Watson complies. This one takes place on Christmas Eve. Holmes’ housekeeper, Mrs. Hudson, has asked Watson to play Santa at a party for her two nieces. Dressed as a jolly Santa and with a sack full of gifts (to which Holmes has contributed at the last minute), Watson is off with Mrs. Hudson for the evening’s festivities. No sooner have they left than an old friend of Holmes’ drops in–for an official visit. The old friend is wealthy and has decided to share some of his wealth by way of jewels and bank notes with his less fortunate relatives. By some nefarious means, no doubt, Holmes’ old nemesis Professor Moriarty has found out about this deplorable act of generosity and has sent the old friend a blackmail note, a message stating that he does not approve of the luxurious gifts and therefore the wealthy friend should cough up 5,000 pounds…or else. Of course, Holmes recognizes the note’s script as that of Moriarty and jumps at the offer his friend has made, that of Holmes infiltrating his friend’s Christmas party as Father Christmas so that he might hopefully confront and capture Moriarty. So before we know it both Watson and Holmes are dressed as Santa Claus, and Moriarty is set to be the Grinch Who Tried to Steal Christmas. It’s deadly fun and games from here on out and another grand adventure of the one and only Sherlock Holmes. Worthy of note for science fiction fans is that this episode was written (as were many others for a number of years during this time period) by the team of Dennis Green and Anthony Boucher (the latter the co-founder of The Magazine of Fantasy & Science Fiction, and quite the Holmes aficianado in his own right).

Though this episode is set the night before Christmas, we think you’ll find it a worthy Sherlock Holmes adventure the day after Christmas, and you can’t beat the team of Basil Rathbone and Nigel Bruce reprising their iconic film roles as only they can.

{Though the neighborhood children were hoping for Santa to bring them all the toys they had asked for, and were so excited they couldn’t fall asleep long after listening to this episode of Sherlock Holmes saving presents for children from that mean old Professor Moriarty, they finally drifted off after reading some of their favorite science fiction magazines late into the night, a few of which are shown below. While other children had visions of sugar plums dancing in their heads, these kids dreamed of spaceships, other worlds, and traveling to the stars. Both Planet Stories and Thrilling Wonder Stories were quarterly in 1945, while Weird Tales was bi-monthly.} 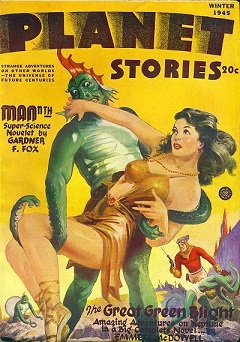 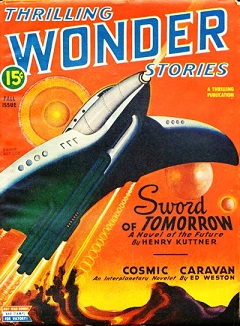 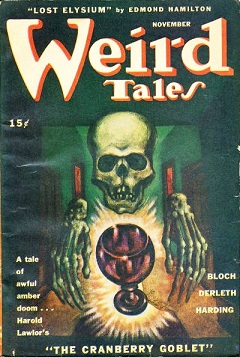