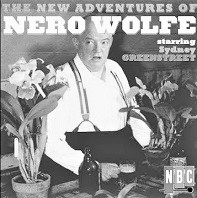 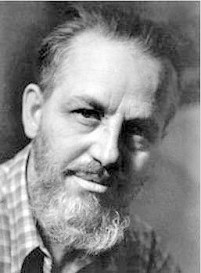 The New Adventures of Nero Wolfe (1950-51) aired “The Case of the Friendly Rabbit” on December 1, 1950 as the 7th of its 26 episodes. Prior to this radio reincarnation there were two earlier series, one in 1943 and another in 1945 (each short-lived), and relatively little is known about them with only two episodes now known to be in circulation. Thus, along with the 26 episodes of this 1950-51 series only 28 episodes survive. 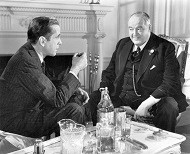 As to the episode at hand, “The Case of the Friendly Rabbit” has Wolfe making one of his rare departures from his home into the outside world. Without giving too much away, it involves a governor’s special investigative committee, a visit to Wolfe from a shadowy character threatening that if he doesn’t kill information provided by a leaker that certain impolitic secrets would be revealed to the detriment of the aforementioned shadowy character, and murder. Yet another classic tale of politics, a coverup, a leaker (or whistle blower?), and murder. And a rabbit. How the rabbit figures in this drama you’ll discover only by listening to “The Case of the Friendly Rabbit,” starring the one and only Sydney Greenstreet and written by SFWA Grand Master Alfred Bester.

{Being young and easily influenced, the neighborhood would-be detectives headed for the corner drugstore after listening to this Nero Wolfe episode. While Wolfe is a prime example of the “soft-boiled” detective, our lot wanted more bload, violence, and guts from their detectives, so chose more “hard-boiled” reading fare from the magazines below. Black Mask (1920-1951) had been the most revered detective magazine for decades and ws an easy choice. From its inception through 1942 it held to a monthly schedule, but in 1943 went bi-monthly until its final few issues. Dime Detective (1931-1953) was also a long-running, very popular down-and-dirty detective magazine featuring the usual gamut of crime and criminal elements. It was a monthly until 1951 then powered down to a bi-monthly schedule until its demise in August of 1953. Famous Detective (1938-1957) tried valiantly to hang with its more established competitors and grab its percentage of the popular detective magazine market, and though it had a solid run of almost 20 years it never realized a stable schedule, vasillating from a bi-monthly schedule to quarterly, then back to a bi-monthly schedule until its last issue in July of 1953. That said, it delivered hard-bitten stories with easily identifiable good guys and bad guys, just what its readers wanted. In 1950 it published 5 issues.} 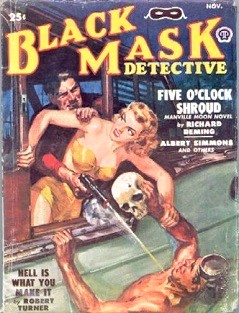 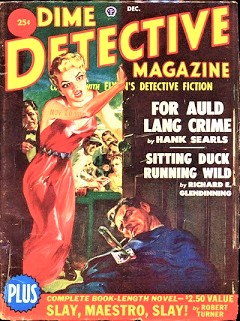 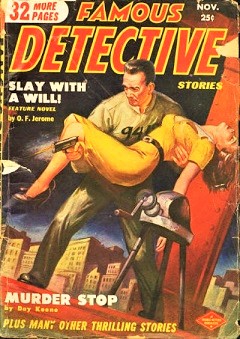