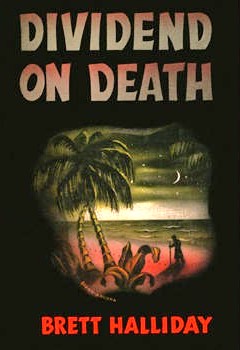 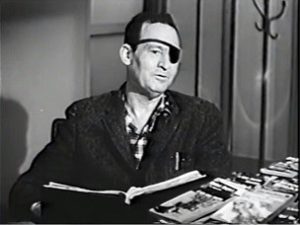 The character of Michael Shayne, Detective was the brainchild of Davis Dresser (1904-1977, photo above right) who used the pseudonym of Brett Halliday for his mystery novels. Rather prolific, he would also pen a number of westerns as well as many stories for other genre pulps using a variety of other pseudonyms, but it is the work bylined with the Brett Halliday pen name that has had the most enduring legacy of all of Dresser’s works. His first Michael Shayne novel, Dividend on Death (and first novel of any kind) was turned down by 21 publishers until Henry Holt & Co. bought and published it in 1939. Dresser would go on to write 30 Michael Shayne novels for the next 25 years or so, turning over the reins  to others in 1958, leaving the series in the capable hands of the ghost writers. Some of these “ghost writers” (many quite popular in their own right as mystery novelists, or having proved themselves in other genres, including science fiction and/or fantasy) include Sam Merwin, Jr., Robert Arthur, Frank Belknap Long, and Bill Pronzini.

The Shayne character is of the hard-boiled detective school, and does not exhibit the highest ethical standards when it comes to catching the bad guys. Known as “the reckless, red-headed Irishman,” Shayne is no doubt derived from many of Dresser’s own life experiences. From his wikipedia page: “Dresser was born in Chicago, Illinois, but mostly grew up in West Texas. Here he lost an eye to barbed wire as a boy, and thus had to wear an eye patch for the rest of his life. At the age of 14, he ran away from home and enlisted in the U.S. 5th Cavalry Regiment at Fort Bliss, Texas, followed by a year of Border Patrol duty on the Rio Grande. After his service, he returned to Texas to finish high school. In search of adventure, Dresser traveled throughout the Southwest working at various odd jobs, including that of muleskinner, farm hand, deckhand on a freighter in the Gulf of Mexico, laborer in the California oilfields, etc. Eventually, he went to Tri-State College of Engineering, where he received a certificate in civil engineering. Back in Texas, he worked as an engineer and surveyor for several years before turning to writing in 1927.”

While Shayne’s given residence and base of operations in the novels was Miami, for the radio versions the script writers played a little fast and loose with his hometown and had him solving mysteries in Oakland and New Orleans before eventually returning to Miami. This story, for instance, has Shayne working out of New Orleans.

Dresser/Halliday was one of the founding members of the Mystery Writers of America and in 1954 he and his wife were honored with Edgar Awards for their critical work in the field. Dresser’s/Halliday’s Michael Shayne character was a multi-genre character, appearing not only in novels and on radio, but in films (7 films starring Lloyd Nolan, and 5 with Hugh Beaumont who would later star in TV’s Leave it to Beaver), a television show (1958-61), and even a comic book spinoff tie-in to the popular television show. And last but not least was the Michael Shayne Mystery Magazine, begun in 1956 and lasting for almost 30 years, which for several years was edited by Frank Belknap Long.

As for “The Case of the Wandering Fingerprints” we have an evil inventor who, with his new invention for transferring fingerprints, not only blackmails Shayne into doing his bidding, but a beautiful woman as well. And when this gorgeous woman meets Shayne for the first time with murder in her eyes…. Take a listen to this curious episode, and if the voice of the police inspector who is not exactly Shayne’s friend sounds familiar, it is. It is none other than Jack Webb, who was the star not only of TV’s Dragnet, but several radio shows including Dragnet, Pat Novak for Hire, Pete Kelly’s Blues, Jeff Regan, Investigator, and Johnny Modero, Pier 23.

{This being the first episode of The New Adventures of Michael Shayne we have showcased for one of our long-running weekly Old Time Radio episodes, I thought it might enhance the noir ambiance by running a few of the many book covers typical of the fare to be expected of this hard-boiled detective.} 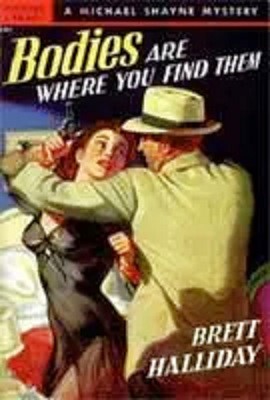 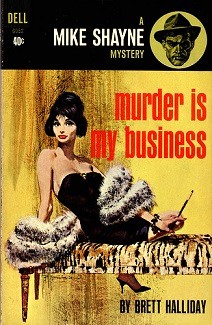 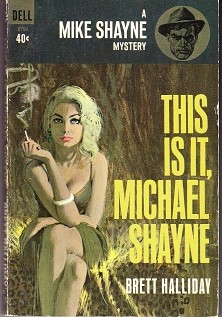