The Mel Blanc Show (1946-47) aired “Zebra of the Year” on December 31, 1946, as the 18th of its 43 episodes. This show will either be a blessing or a curse (depending on how you’re recovering from that New Year’s Eve party). A blessing if the laughter Mel Blanc provides eases your headache, or a curse if laughing makes your headache worse (serves you right). Mel Blanc (1908-1989) was already a huge hit in 1946 due to his Looney Tunes voice characterizations of Bugs Bunny, Porky Pig, Daffy Duck, Elmer Fudd, and a whole host of other characters including, later on, Roadrunner, Marvin the Martian and Duck Dodgers in the 24 1/2th Century (an obvious spoof of Buck Rogers in the 25th Century). Much as famed film actor Lon Chaney was known as the Man of a Thousand Faces, so Mel Blanc was known as the Man of a Thousand Voices.

The Mel Blanc Show revolves around Mel’s Fix-It Shop, where one of the handymen (also played by Blanc) is Zooky. Mel belongs to the Benevolent Order of the Loyal Zebras (the only Fraternal Order in this small town, which functions as the major hub of social activity). This episode has Mel’s father-in-law to be pressuring him to make sure the Old Man gets enough votes to be the lodge’s Man of the Year. Along the way there are several funny bits, including Mel taking a mild political shot at President Truman (the Democrat in office at the time), as well as general funniness from a husband’s jokes about his wife. Mel also finds opportunities in the script to impersonate Russian and French delegates to the U. N. It’s all a great bit of fun and yucks, especially when Mel drops in expected doses of his trademark “bde-bde-bde” stutter on several occasions. If you chuckled over Mel’s cartoon characters at any point in your life, this will be a great time to fondly remember how much laughter he has brought to generations of radio and/or Looney Tunes cartoon fans. So forget the New Year’s Eve hangover you might (still) be nursing, lay back, and enjoy this episode of The Mel Blanc Show. After all, laughter is the best medicine. And Happy New Year. 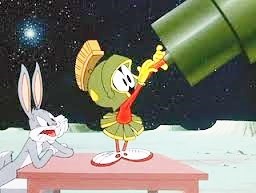 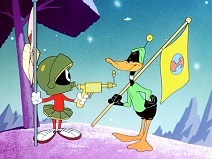 In Mel’s own timeless words, Bde-bde-bde-bde…that’s all folks! 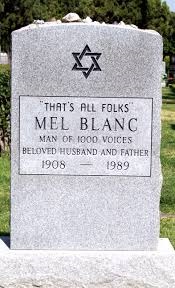