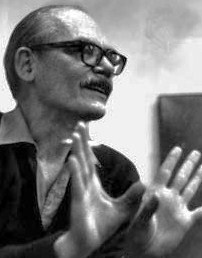 Frederik Pohl (1919- 2013) saw “The Mapmakers” run in the July 1955 issue of Galaxy. It begins with the spaceship Terra II in a hyperspace accident, immediately thrusting the reader/listener into the story. A micro-meteorite has penetrated three of the ship’s bulkheads, severely injuring a crew member and destroying the ship’s navigation system, which Pohl calls the Celestial Atlas. Lost in deep hyperspace and knowing they could be millions of lightyears from anywhere in the universe, Pohl adds several more obstacles in the path of the desperate spacefarers for good measure. Lost perhaps amidst all of these troubles is the fact that the author has a fully gender integrated crew, with the females more than just nurses or cooks. I shan’t reveal the kicker at the end, but within the context of the story it is both believable and quite an interesting concept.

In December 2005 Tor/Orb published a hardback collection of Pohl’s stories titled Platinum Pohl: The Collected Best Stories. In January of 2007 it was released as a trade paperback. Among its 30 well-chosen stories is “The Mapmakers.” We hope you enjoy this adaptation, which X Minus One aired on September 26, 1956.