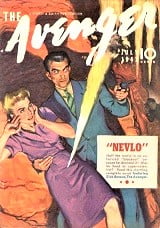 The Avenger (1941-42, 1945-46) aired “The Blue Pearls” on August 24, 1945, as episode 12 of 26. I have run only four previous episodes of The Avenger, the last being in July of 2019, and the one previous to that in June of 2018. For those coming to this program for the first time, I reprise my introduction to the previous episodes, beginning with the fact that The Avenger radio program was a spinoff of magazine publisher Street & Smith’s The Avenger magazine which ran from 1939-1942 (cover at left, July 1941 issue) and whose adventures were written by Paul Ernst (Street & Smith being the original publisher of Astounding Science Fiction, and for many decades the largest magazine publisher in the world). The Avenger on radio was short-lived (at least in its 1945-46 incarnation), lasting only twenty-six episodes. Many of the shows were written by Walter Gibson (1897-1985, pictured at right–who wrote The Shadow magazine novels under the house name of Maxwell Grant) and starred James Monks as Jim (the Avenger) Brandon. Truth be told, the Avenger was a cross between Doc Savage and the Shadow, with the emphasis placed on the Shadow. 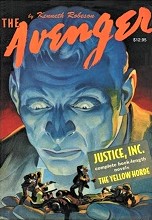 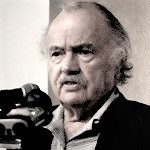 “The Blue Pearls,” as you may well imagine, centers around pearls and begins with a visit to a restaurant by Jim Brandon and his “beautiful assistant Fern Collier.” I hesitate to say more for fear of spoilers, but can say that it owes more to the Shadow than Doc Savage this time around, in that it is more of a straight mundane crime mystery where the Avenger uses very little of his “black light of invisibility” to aid in his capture of the bad guys. I can also tease with the fact that this episode is not only a whodunit, but a howdunit, if you will.

{“The Blue Pearls” aired on a Friday night, so the neighborhood gang was primed and ready to hit the nearby newsstand the next morning for more adventures in the same mold in some of their favorite magazines. Detective Tales (1935-53) ran for an astounding 202 issues in its 18-year run, the first 15 of which featured an unbroken monthly schedule. It tapered off during its final 3 years and ended as a quarterly in 1953. Doc Savage (1933-1949) guaranteed more wide open action-oriented thrills and adventure on a world-wide stage than any detective magazine and was a favorite among youngsters for Doc’s intellectual and scientific prowess (along with his gang of motley but resourceful assistants) in fighting evil wherever he found it. From 1933-1946 it was a monthly, but like Detective Tales its final three years saw a dwindling number of issues per year, and again like Detective Tales it ended as a quarterly in the Summer of 1953. Super-Detective (1940-1950) featured the exploits of super–detective Jim Anthony, scientist and adventurer. Sound familiar? Nevertheless, his general character traits and adventures followed a successful formula but with their own style of story that captured enough eager readers for a solid ten-year run. It never was able to produce on a steady schedule, and in fact in 1945 it saw only 9 issues, the most for any year of its existence.} 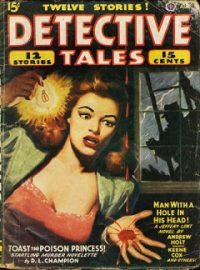 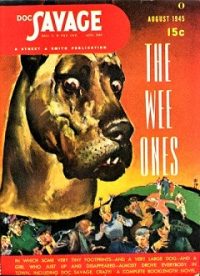 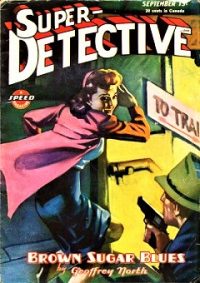