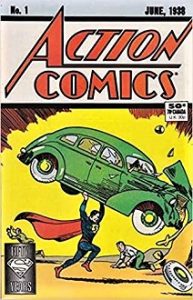 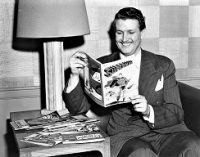 The Adventures of Superman (1940-1951) aired “The Ghost of Billy Baker” on January 7, 1950 as the 11th of 13th  episodes of its late 1949–early 1950 season (all of which were of the half hour variety as opposed to the many multi-part, 15-minute serials that ran through most of the 1940s). Since we’ve showcased only one other episode of this program (eight months ago in October of 2020) I felt it would be helpful for newcomers to this fun adventure series if I reprised the generic background information that preceded that other episode. 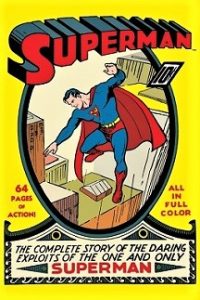 Bud Collyer (1908-1969, photo top right)) was the voice of Clark Kent and Superman on radio, lowering his voice slightly when speaking as the Man of Steel. He is arguably best known, however, as the host of the popular television game shows of the 1950s, Beat the Clock and To Tell the Truth. 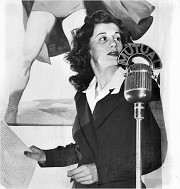 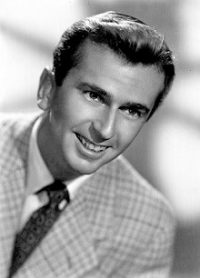 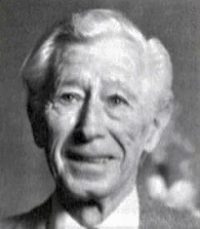 As for “The Ghost of Billy Baker,” Metropolis Daily Planet newspaper editor Perry White has sent Clark and Lois on a seemingly minor assignment to check out recent reports of a haunted coal mine. Following a cursory investigation and about to return to Metropolis with their dead end non-story, things begin to happen to change their minds and they re-open and intensify their investigation in earnest. Strange unexplained occurrences take place and turn into a true mystery, giving credence to what they had believed to be the deranged rantings of an old woman. Is there more that meets the eye beyond the local story about the death of a young man who defied the odds and decided to work the dangerous coal mine after it was declared unsafe? Only by listening to this adventure of Superman will you find out if the dark goings on are really caused by “The Ghost of Billy Baker.”

{“The Ghost of Billy Baker” aired on the first Saturday in January in 1950, giving the neighborhood gang plenty of time to hit the local newsstand before the weekend ended, giving them time to devour their new purchases before returning to school on Monday. Astounding SF (1930-present, now Analog) was a must buy. Probably the most interesting stories in this issue were “Gypsy” by Poul Anderson, one of his early Psychotechnic League stories, and the 3rd part of 3 of “And Now You Don’t,” one of Isaac Asimov’s Foundation series stories. Astounding, as always, was a monthly in 1950. Other Worlds (1949-53) was yet another relatively short-lived magazine (31 issues) to add to publisher/editor Raymond Palmer’s string of them. As with a number of his other publication enterprises financial problems were at the heart of the magazine’s demise. Though it had its moments here and there with its colorful adventure science-fantasy formula, it never maintained a regular schedule though did manage 7 issues in 1950. Startling Stories (1939-55) was one of the more beloved of the early SF pulp magazines that survived into the 1950s, and was a home for many of the classic authors and their stories, able to attract (among many others) highly popular author favorites like A. E. van Vogt, and none other than Edmond Hamilton the “Galaxy Smasher,” who in this issue would offer one of his famous Captain Future short novels. Though Hamilton’s Captain Future magazine ran for 17 issues from 1940-44, and were written with a very young audience in mind, Hamilton would continue to pound the typewriter with further Curt Newton (aka Captain Future) tales in Startling Stories into the 1950s. While amateurishly written, they were great fun and provided fodder for young readers whose imaginations could never get enough, as the stories whisked them across galaxies and onto many strange worlds, with the most outlandish backdrops and deadly adventures against all kinds of evil (mad genius’s with their super-scientific gadgets, and otherwise). Startling Stories was a bi-monthly in 1950.} 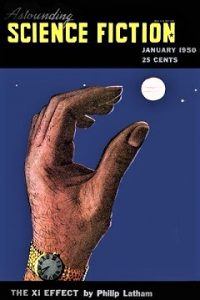 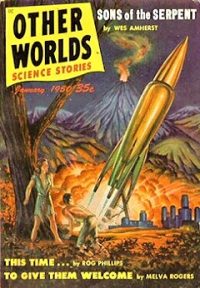 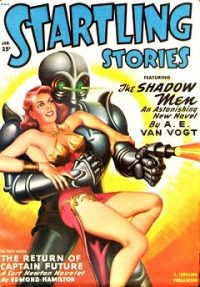