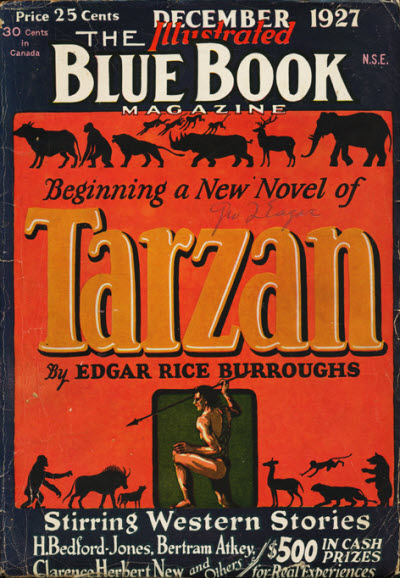 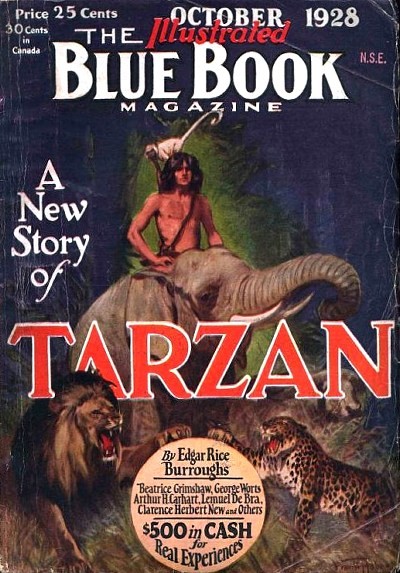 This week we present three episodes of the original Tarzan radio show from 1932. Tarzan was the very first major, serialized radio show anywhere, and these early episodes ran approximately 11-12 minutes and aired every two or three days. The current serial has detailed Tarzan’s origins, his youth, and now his early manhood. Jane, her father, their traveling companions and fellow adventurers have been captured by cannibals. Jane has escaped and been rescued by Tarzan, but the rest of the group has, in desperation, passed itself off as powerful medicine men in order to gain some leverage with the hungry cannibals. They must somehow prove their medicine is powerful and it’s a sticky wicket they’ve gotten themselves into, as they find themselves trapped in the cannibals’ sacred temple cave.

At the beginning of each episode there is a short recap of what has gone before, and since there are hours and hours of these short episodes I have chosen several in consecutive order, ones capturing the sense of adventure, drama, deadly danger, and gritty feel of this first incarnation of Tarzan on radio. The 1950s Tarzan radio show was completely revamped from the serials of the 1930s, each show being complete half-hour episodes with all of the polish of a modern radio studio, with Tarzan highly educated and speaking several languages fluently. Both iterations have their appeal (we have run several of the 1950s episodes), but if you are at all familiar with the classic Johnny Weismuller/Maureen O’Sullivan 1930s b&w Tarzan films, you can almost see the action in these early 1930s radio dramas. They have an inescapable charm all their own (not to mention that Jane is portrayed by ERB’s daughter Joan and her husband James H. Pierce is Tarzan), which is another attraction to these early adventures.

[For those wishing to listen to the next episode, please go here. It’s titled “Escape,” was episode 46, and aired on December 26, 1932. If possible, I recommend going there first in order to read some of the early history of Tarzan on radio (and for a photo of both Joan Burroughs and husband James H. Pierce as Jane and Tarzan). And for even further interesting facts (such as how the film career of Gary Cooper is tied to the Tarzan canon), please visit here, where you will find episodes 47, 48, and 49 of this adventure.]

{Below left: Elmo Lincoln and Edgar Rice Burroughs on the set of Tarzan of the Apes – Center: DVD of the 1918 silent version of Tarzan of the Apes – Right: With soap on her face and staring directly into the camera Jane Parker (Maureen O’Sullivan) tests the boundaries of the rather weak 1932 Production Code. O’Sullivan would later marry director John Farrow and their daughter would become the well known actress Mia Farrow.} 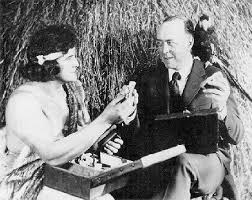 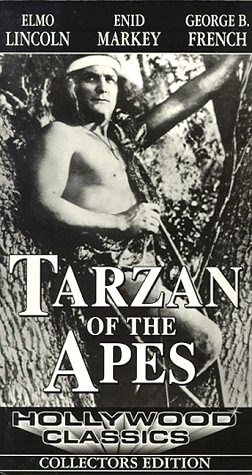 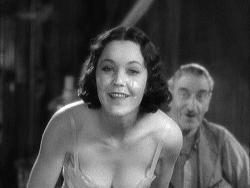