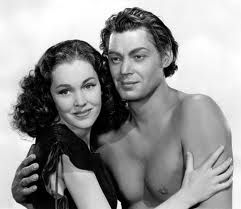 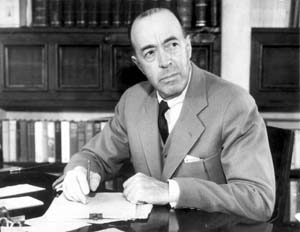 Since Edgar Rice Burroughs fans are celebrating the release of John Carter this weekend, we thought we would provide another dose of ERB with the Tarzan adventure titled “The Ghost of the Karmiki.” The first of the Tarzan novels, Tarzan of the Apes, was published in 1914. Tarzan’s adventures first came to radio in 1932 as the first major syndicated serial and ran until 1936. Burroughs himself was involved and his daughter Joan played Jane, while her husband, James Pierce, played Tarzan.

Following WWII (when the pulps and radio turned many of their stories to defeating the Nazis or Japanese) Tarzan returned to radio in 1951 as complete half-hour stories rather than its former serial format, now with Lamont Johnston playing the Lord of the Jungle. It ran until 1953, near the end of Old Time Radio’s reign due to the rise of television. Despite the wonderful Tarzan movies — those of the Johnny Weissmuller (1904-1984) era — having Tarzan barely able to speak English (“Me Tarzan. You Jane.”), Burroughs depicted Tarzan/Lord Greystoke as being highly educated and able to speak numerous languages. This aspect is accurately portrayed in the radio shows.