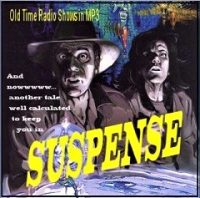 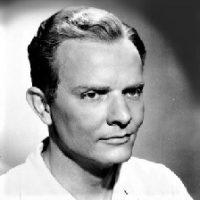 [Please welcome once again guest-host Jonathan Sherwood for the second of his two Old Time Radio selections for the holidays (last week’s Christmas episode and this week’s New Year’s offering). I give Jonathan my thanks for the fine selections and am happy to report that we’ll be seeing more of his personal favorites from time to time.]

Suspense (1942-62) aired its 906th show, the New Year’s Eve-themed episode “The Old Man,” 60 years (and one day) ago, on December 31, 1961. Today we leave behind 2021, the second year of the global pandemic, and for many it may seem as if the year couldn’t have ended soon enough, so what better way to toast the year than with a story about a year that refuses to finish?

In keeping with the holiday season, “The Old Man” is a lighter, goofier story than Suspense’s usual fare. It skips around a little, padding its core story with ancillary stories, but at its heart it’s about the changeover from “Old Man 1961” to “Baby New Year 1962.” There’s a complication, though, as Old Man 1961 feels like he’s being forced into retirement, and he doesn’t want to cede his position to the incoming New Year.

Most of the episode is framed as an ongoing argument over the red tape involved in the handover, and the Old Man insisting he deserves more time; but God puts the bureaucracy on hold and instead has two random Joe Averages talk with the Old Man to understand his issues with retirement, and to help him understand how he will be remembered as he weighs the pros and cons of ending 1961 on schedule.

What starts out as a somewhat slapdash episode evolves into something with a bit more depth as it explores what time and its passing actually mean to each of us.

The Old Man himself is played by Leon Janney (1917-1980, photo top right), with an ancient voice so worn and gravelly that you can hear his jowls flapping as he speaks. Janney, however, was only 44 years old at the time. Known for his ability to dramatically alter his voice, Janney continued to star in radio plays late into his life, including 80 episodes of The CBS Radio Mystery Theater in the late 1970s, and hundreds of television commercials.

Interestingly, this was to be Suspense’s last New Year’s episode, as the show would end the following September. Radio plays were being outcompeted for talent and draw by television, and though Suspense had outlasted many, it had done so by cutting costs in several ways, and that may have been reflected in the quality of its final years. In that way, it may be fitting that the final New Year’s episode is about an old man that is dragged kicking and screaming into a forced retirement.

{“The Old Man” aired on a Sunday evening, New Year’s Eve, 1961. Most of the neighborhood gang was still young enough that their parents hired a local babysitter to watch them while they went out and partied-in the New Year. Having survived said babysitter, the gang gathered the next morning for their ritual trip to the nearby newsstand. Hopefully, their parents would finally be awake when they returned home. Analog (Astounding SF Jan. 1930-Sept. 1960, retitled Analog SF  Oct. 1960 to the present) had been a must buy selection for years and this issue was no exception. It held to its standard monthly publication schedule in 1961. The Magazine of Fantasy & Science Fiction (1949-present) had firmly established itself by 1961 as one of the leading and most prestigious of the SF magazines, widening the perspectives of the genre to themes heretofore relatively overlooked by the other magazines. It, too, was a monthly publication in 1961. Galaxy (1950-1980) added itself to the canon of SF magazines at virtually the same time as F&SF, and like F&SF broadened the scope of the SF reading experience by encouraging authors to explore different subject matter and themes. It was a bi-monthly in 1961.} 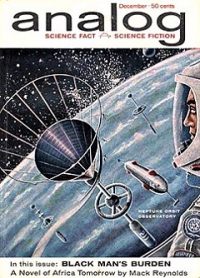 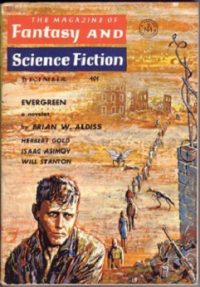 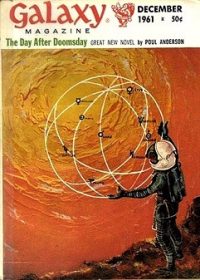