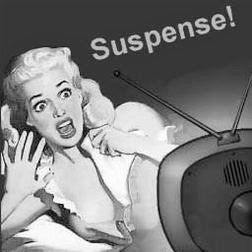 Suspense (1942-1962) aired “Time on My Hands” on September 25, 1960 as its 872nd episode out of approximately 945. When Suspense aired its final show on September 30, 1962, and when many other radio programs had closed shop over the past 12 years due in large part to the advent of television, radio historians declared that the Golden Age of Radio had come to a close. Suspense was one of the longest running, classiest, easily one of he overall best written, acted, and respected radio programs of all time. Hollywood stars of all stripe sought to appear on its shows, a few among them being Cary Grant, Orson Welles, Jimmy Stewart, Susan Hayward, Vincent Price, Charles Laughton, Loretta Young, Peter Lorre, and Rita Hayworth. The great composer Bernard Hermann did the musical scores. Hermann would go on to work with Alfred Hitchcock on many of his classic films including Psycho, North by Northwest, and Vertigo. Other films for which Hermann wrote the score included several for Ray Harryhausen pictures, episodes of The Twilight Zone, and probably the most well known to SF fans, The Day the Earth Stood Still. Suspense was a class act all the way around, and its decades-long run and then eventual demise was indeed the final blow to the era of radio as the dominant medium in American culture. 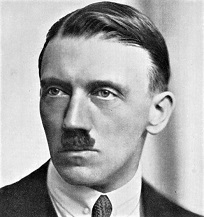 “Time on My Hands” is a time travel story, one of the most oft-used and overworked arenas of speculation in the SF genre. We all know about the time travel paradox: if you went back in time and killed your grandfather would you cease to exist? And there are the usual cliche time travel scenarios, perhaps the most overdone among them the idea that if you could travel back in time and managed to kill Adolf Hitler the world would not experience World War II or the Holocaust. Well, this episode is another iteration on this very same storyline, but with a slight twist at the end that is not quite what you might expect, and is due to the rather insightful psychological revelation provided at the end, and it is this insight that makes the episode worth a listen. Set in 1939, a rich American financier and his wife are mulling over the recent news about Hitler’s actions abroad, when an inventor friend reveals his new invention–yes, a time machine. At first skeptical, the husband and wife end up in 1908 Germany. Enjoyng themselves in a local beer garden they run into the most obnoxious man–yes, one Adolf Hitler–spouting hateful things about rich, soft, Americans, and how weak they are because they allow the women to rule their men, and how this will all soon come to an end. Yes, the usual party line reasons (born of envy and/or jealousy) for hating a prosperous America or Americans (well, at least the part about being rich and soft; the idea that in 1908 American women ruled their men is a bit much and gives one pause, but…). To say more would spoil the rest of the story, so listen now as we travel back in time to 1939 when a well-off businessman and his eager wife decide to use their friend’s time machine to visit a young Adolf Hitler (the thought of killing Hitler doesn’t cross their mind as WWII has not started yet in their own time), because they have (to paraphrase the title) “Time on Their Hands.”

{September of 1960 saw the neighborhood gang congregating at the corner drugstore after school to pick up their favorite SF magazines and maybe a cherry coke or chocolate malt while they flipped through their new acquisitions. Long gone were some of the favorites they religiously purchased in their younger years, pulps like Startling Stories, Planet Stories, Thrilling Wonder Stories and a few others–all now vanished with the pulp magazine crash of the 1950s. With the exception of Astounding (1930-present, now Analog–see the transitional name change on the cover below, it was the last with “Astounding” in the title; with the October 1960 issue the name change to Analog was complete), new magazines had transplanted the old favorites and had now become new favorites. 1960 found Astounding/Analog as rock solid as ever with its monthly schedule. Galaxy (1950-1980) was a bi-monthly in 1960 and offered fresh visions of the future, not always optimistic, and The Magazine of Fantasy and Science Fiction (1949-present) had found a ready audience for its (some would say literary and/or intellectually) engaging mix of fiction and was also on a solid footing in 1960 with a monthly schedule.} 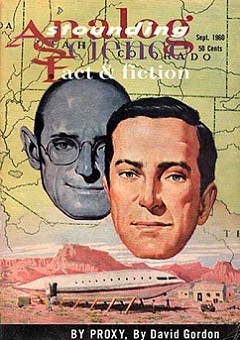 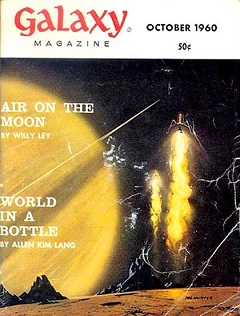 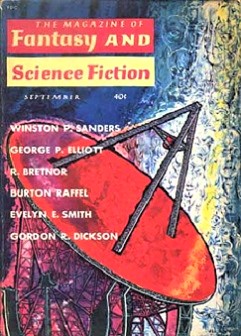