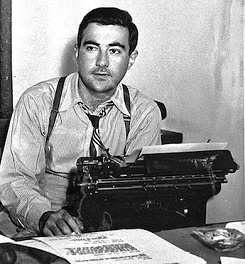 Suspense (1942-62) aired “The Night Reveals” on December 9, 1943 as the 69th of its well over 900 episodes. This Cornell Woolrich (1903-68) story first appeared in the April 1936 issue of Story Magazine, under the pen name of William Irish. It was first collected in the 1944 collection Six Times Death. It was the first of many of Woolrich’s stories Suspense would adapt over the next 19 years and proved quite popular, with a total of four different versions between 1943 and 1949 (though the earliest 1943 version from March 2nd starring Frederic March and Jeanette Nolan is considered lost). The version presented below is the second dramatization and stars Robert Young (1907-1998, of television’s Father Knows Best and Marcus Welby, M.D. fame, though he had quite a fine career in over 100 films from 1931-52, many roles finding him the charming, handsome leading man) and the Mexican actress known primarily by her screen name of Margo (1917-1985). Also known as Margo Albert (she would marry well known character actor Eddie Albert in 1945 and remain with him until her death from brain cancer in 1985), she appeared in several genre related films over her otherwise modest film 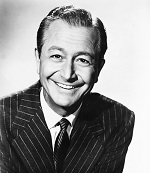 career, two of which were 1937’s Lost Horizon and 1943’s The Leopard Man (directed by Jacques Tourneur and produced by Val Lewton), which, coincidentally, was based on Cornell Woolrich’s 1942 novel Black Alibi.

1954 saw Robert Young in his final film role, Secret of the Incas (which we showcased here in 2013 as a 50 minute radio adaptation of the film starring Charlton Heston, and which I found to be an eerie precursor to the Indiana Jones films). By this time Young was so digusted with Hollywood’s casting practices that he quit film, and the same year as Secret of the Incas premiered–1954–he would embrace television, hitting the ground running with his Emmy-winning role as insurance salesman Jim Anderson in Father Knows Best. The show got its start on radio and ran from 1949-54, so for Young it was an easy transition to tv. Father Knows Best on tv had a hugely successful run from 1954-60 and brought Robert Young the respect and accolades his just over 20 years in Hollywood had never quite achieved.

Woolrich’s biographer, Francis Nevins, Jr., ranked Woolrich the fourth best crime writer of his era, behind Dashiell Hammett, Erle Stanley Gardner, and Raymond Chandler, and has noted that more film noir screenplays were made from his works than any other crime novelist. A few of his novels made into films with either a high profile, or genre interest, include:  Phantom Lady (1944), The Mark of the Whistler (1944), Black Angel (1946), Rear Window (1954, directed by Alfred Hitchcock), and The Bride Wore Black (1968, directed by Francois Truffaut). Francis Nevins, Jr. in his Woolrich biography First You Dream, Then You Die (1988) says of “The Night Reveals” that it is: “the earliest example of that uniquely Woolrichian type of tale, the oscillation thriller, in which the protagonist is being eaten alive by the possibility, then the mild likelihood, then the probability, then the near certainty, then the total certainty that the person closest in the world to the protagonist–husband, wife, roommate, best friend, lover–has done or is doing or is about to do something unspeakable.” As mentioned above, “The Night Reveals” became the first Woolrich story to be adapted by Suspense, but it was also the first time Woolrich’s work was presented to a national radio audience.

So what exactly is “The Night Reveals” about? At its core it’s a tale stemming from a severe psychological aberration manifesting itself in property destruction, potential deadly harm to innocents, and the relationship between a husband and wife. Saying more would spoil the surprises Woolrich’s unfolding plot holds for those coming to the story for the first time.

{December of 1943, despite America being in the midst of World War II, found our erstwhile neighborhood gang undaunted and headed to the corner newsstand as usual. The new kid who had moved in down the street joined our SF lovers in the weekly trek, but was also a fan of the crime and detective pulps, Black Mask being one of his favorites. Black Mask saw its first issue in 1920, beginning as a monthly, but cut production to 7 issues in 1943 due to the wartime paper shortage. From 1944 until its final issue in July of 1951 it remained a bi-monthly, and in May of 1950 would slightly alter its title to Black Mask Detective. Astounding would maintain its monthly schedule in 1943 despite the paper shortage. Thrilling Wonder Stories published six bi-monthly issues in 1942, but 1943 saw it stumble a bit with only 5 issues, the 5th cover-dated as Fall and was a harbinger to come, for throughout the next two war years it would remain quarterly.} 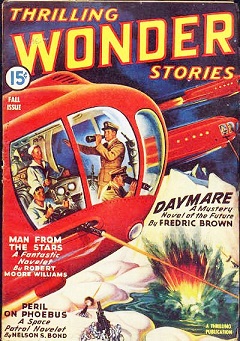 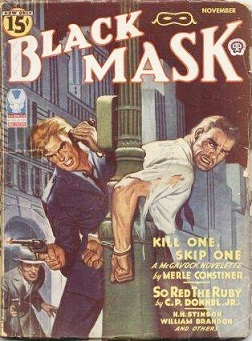