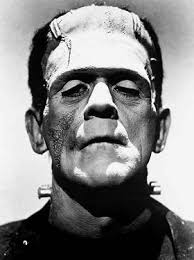 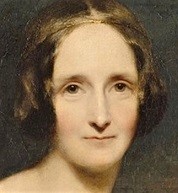 As recounted in many of the 40+ episodes of Suspense presented here over the past nine years (and yet again for last week’s episode), it was one of the most well produced, written, acted, and critically acclaimed of all radio shows during the Golden Age of Radio, many a film star jumping at the chance to perform in an episode of Suspense, among them Cary Grant, Orson Welles, Jimmy Stewart, Susan Hayward, Vincent Price, Charles Laughton, Loretta Young, Peter Lorre, and Rita Hayworth. After many another radio show had gasped its last during the 1950s, Suspense finally closed shop in September of 1962 whereupon radio historians proclaimed the Golden Age of Radio dead, television having become the medium of choice in America.

As for “Frankenstein,” the entire novel simply couldn’t be squeezed into a less than thirty minute radio show, so it was up to the adapter to capture the essence, the theme of the novel as concisely as possible. I think you’ll agree that this dramatization does a fine job of capturing one of the primary lessons critics have taken away from the original novel, and as always with a Suspense production, the acting is top-notch and does justice to the material.

And what would Halloween be without Elsa Lanchester and Boris Karloff from 1935’s The Bride of Frankenstein (which many believe to be a better film than the 1931 original) providing a little unintentional adult humor? 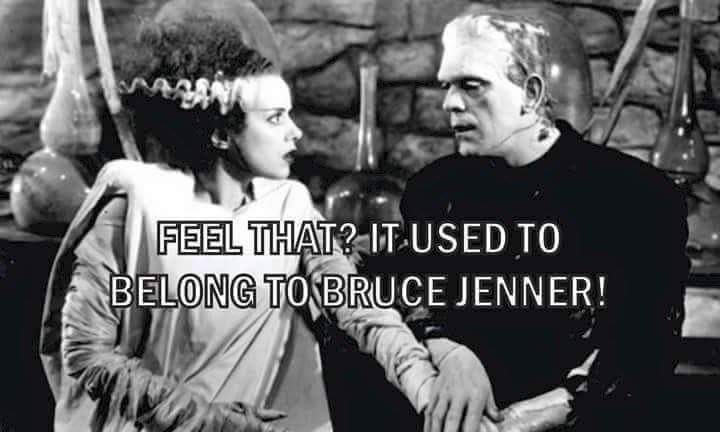 {Though Halloween had not disappeared far into the rear view mirror when Suspense ran this episode of “Frankenstein” not quite two weeks later, the neighborhood gang still appreciated its creepiness, trying to scare one another with ghoulish jokes on their way to the corner newsstand, there to find more pulpish delights to fire their imaginations. Astounding SF (1930-present, now Analog) was always at the top of their lists and kept to its usual monthly schedule in 1952. The Magazine of Fantasy and Science Fiction (1949-present) was still in the process of accelerating its schedule in late 1952, beginning as a quarterly in the Fall of 1949, rapidly going to a bi-monthly for a relatively short period of time, and then in August of 1952 switching to its monthly schedule and cementing the magazine’s place in the SF firmament right alongside the venerable Astounding and the other newcomer besides itself, Galaxy, whose first issue was cover-dated October 1950. And speaking of Galaxy (1950-1980), also a monthly in 1952, it had begun siphoning stories here and there from traditional Astounding authors like Isaac Asimov, whose cover story in the issue below had to do with the eventual environmental depletion of Earth’s water supply and how it couldn’t afford to ship any more to Mars, and what our Martian colonists decided to do about it. Politics, the environment, and economics, all rolled into one with that story, and a sure draw for Asimov fans and a sure sale for Galaxy.} 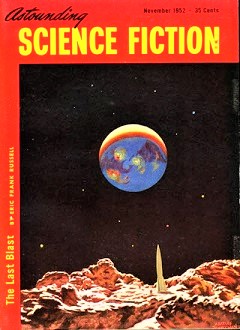 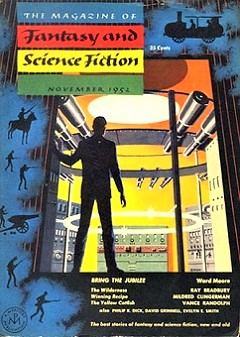 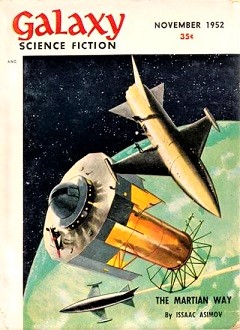