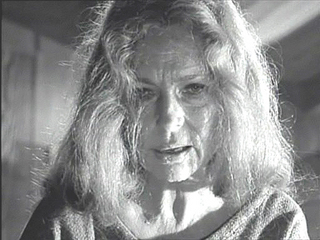 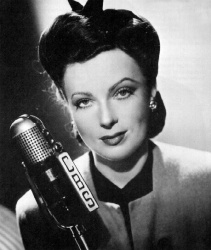 “Headshrinker” is the tale of a psychiatrist and his patient. It aired on Suspense (1940-1962) on August 23, 1959 as episode 816 of its approximately 948 episodes, marking Suspense as not only one of the classiest, best-produced radio shows in history, but one of the longest running.

Agnes Moorehead stars in this episode, as she did in many of Suspense‘s radio plays. In fact, she was so highly regarded for the range of characters she could portray that she performed in more of the show’s weekly episodes than any other actor or actress, and was known as the “first lady of Suspense.” Also an accomplished, award-winning screen actor (Citizen Kane–1941, Journey into Fear–1942, and The Magnificent Ambersons–1943, among others), she would move into television following her radio and movie career, most notably in the tv sitcom Bewitched (1964-72), where she played the witch Endora, Samantha’s bothersome mother (see photo below). She did not much care for the role or the general level of the scripts, though the show ranked year after year in the top 10. Moorehead also starred in one of the most famous Twilight Zone episodes of all time, “The Invaders” (photo above right). Written by Richard Matheson, it aired on January 27, 1961. In her long career Agnes Moorehead would win an Emmy, two Golden Globes, and be nominated for the Academy Award four times. Born in 1900 and a devout Presbyterian, she died in 1974 at age 73.

“Headshrinker” is one of her more powerful performances (and she had many on Suspense, not to mention with Orson Welles on a number of Shadow episodes). This one really surprised me, for though I had no idea what to expect it quickly drew me in, fascinated me so thoroughly and packed so much into its shorter-than-usual half-hour time, I felt that the armchair listener as well as those writers among you would enjoy it from more than a single  perspective. I hesitate to say more, other than that it begins with a sick, sexual innuendo and becomes tightly twisted in several layers of personal and psychological tension, and closes with what I thought to be the perfect ending. Short, but definitely not sweet, listen now to Agnes Moorehead as the star of “Headshrinker.” 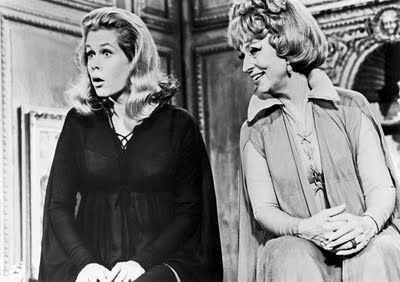