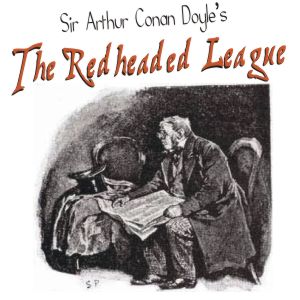 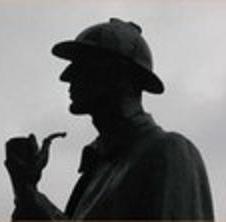 “When people ask what books they should read, I reply that they should read the Arthur Conan Doyle/Sherlock Holmes canon. All of it, not just The Hound of the Baskervilles, but the entire canon, to learn the methodology of Sherlock Holmes, of not just seeing, but observing: ratiocination! Which is what all TV series are today.  They’re nothing but Holmes, even when they’re doing something other than Elementary or Sherlock Holmes.  If you can read the tells, you can create a character.  If you can create a character, you can put that unique character into the jigsaw structure of a solid narrative. Do so well, and that limned character will take you where the story needs to take you.”

So there you have it; as good a reason as any to post another Holmes and Watson episode this week, the last being “The Adventure of the Devil’s Foot” from way back in November of 2013. The introduction to this previous episode provides interesting history to this long-running radio show (1930-59), including the fact that it was begun, promoted, and written (for its first 12 years) by a woman. 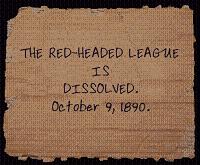 “The Red Headed League” first appeared in the August 1891 issue of The Strand Magazine (the magazine’s first issue appearing in January of 1891). The story involves a London pawnbroker, Jabez Wilson, and how he is duped by a new employee into answering an advertisement in the paper for men of red hair to join the “Red Headed League,” with the promise of a position and opportunity to make good money. The pawn business being a little slow, Wilson decides to answer the ad. A curious situation presents itself to Wilson after a time of performing what seems to be a meaningless bit of work for his new employers; when he appears at the offices of the Red Headed League to collect his wages, he finds it closed and a sign on the door saying the League has been dissolved. Hence his visit to Holmes to ask him to look into the matter, which is where our episode begins. What precisely is this mysterious Red headed League, what are its schemes, why the deception in the first place and why did Jabez Wilson, from a long line of other red-headed gentlemen applying for a position, end up being the only one hired? Such are the conundrums Holmes and Watson must unravel in this most curious case.

Over its many years on radio Holmes and Watson were played by approximately nine different duos. The most favored among them were Basil Rathbone as Holmes and Nigel Bruce as Watson, reprising their film roles. When the Holmes films ended in 1946 Rathbone wanted out of the radio gig for fear of being typecast. From late 1946 through the summer of 1947 Tom Conway doffed the Holmes mantle with Bruce staying on to play Watson (and getting top billing). The team was a great success, some listeners unable to mark the difference between Rathbone and Conway. Perhaps the other most favored of the multiple Holmes/Watson teams on radio were Sir John Gielgud as Holmes and Sir Ralph Richardson as Watson, their episodes running from late 1954 through mid-1955. “The Red Headed League” was their third episode, and one of a handful of Holmes and Watson’s most famous cases.

{Sidney Paget illustrated many of the early Sherlock Holmes adventures in The Strand Magazine. Below are several from “The Red Headed League.”} 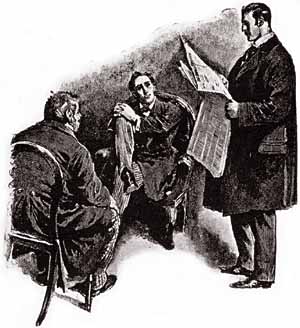 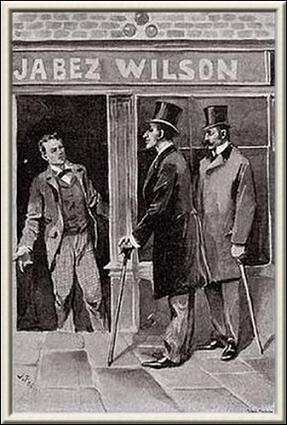 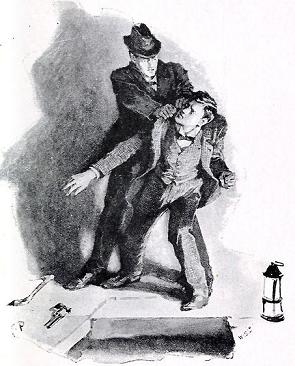