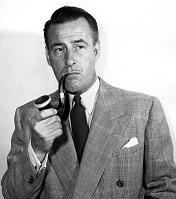 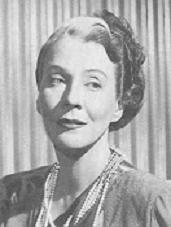 The New Adventures of Sherlock Holmes aired “The Adventure of the Devil’s Foot” (or “The Cornish Horror”) on January 13, 1947. It was a woman, Edith Meiser (1898-1993), who first brought Arthur Conan Doyle’s legendary sleuth to radio in 1930. She would write the scripts based on Holmes’s original adventures for the next 12 years, sometimes branching out to pen tales in the Holmes tradition. Meiser was beloved of Sherlock Holmes fans and members of the Baker Street Irregulars (BSI), but until 1991 the BSI was a male-only organization. However, in part to rectify this situation she was welcomed into the Adventuresses of Sherlock Holmes (ASH), originally an all-female Sherlock Holmes club, though it would later open its doors and become co-ed. The day every year that the BSI would hold its annual dinner, so too would the ASH, with Edith Meiser as its Guest of Honor. During the 1950s Meiser also wrote a daily Holmes comic strip, and was considered a great Broadway actress who also starred in films and early television, including appearances on I Love Lucy. One of the great unsung heroines of early radio (to the outside world at least), she died in 1993.

This episode, “The Adventure of the Devil’s Foot,” was written during the 1946-47 season when almost all of the episodes were scripted by Denis Green and The Magazine of Fantasy & Science Fiction co-founder Anthony Boucher. This episode, however, was written by Meiser, for the now titled The New Adventures of Sherlock Holmes. While a number of actors portrayed Holmes and Watson on radio over the years (including Basil Rathbone who starred in Universal’s “B” Holmes pictures; he would quit the radio version when the movie series was dropped), from early 1946 through most of 1947 the detective duo was played by popular film actor Tom Conway (1904-1967 — who had starred as the Falcon in 10 detective films) as Holmes, and Nigel Bruce (1895-1953) as Watson, Bruce reprising his film roles with Rathbone and, quite frankly, now the anchoring presence of the radio show. Conway, it must be said, was a terrific Holmes, his English dialect so much like Rathbone’s that many listeners failed to note the switch.

For trivia buffs it is interesting to note that Edith Meiser was born in the United States, Tom Conway was born in Russia, and Nigel Bruce was born in Mexico, now all coming together in their own fashion in service of the world-famous creation of an English author.

{Photo above left, Tom Conway. Above right, Edith Meiser circa 1947. Below, Conway and Nigel Bruce.}

This adventure has Holmes convalescing on the coast of Cornwall, a place of chill winds and oceanside cliffs, where he ruminates on the crumbling ruins and dark history of its past, when he and Watson are interrupted by a distraught neighbor come to ask for help. The man’s sister and two brothers have encountered some form of evil that has left his sister dead and his brothers stark, raving mad following a card game in their nearby home. An interesting puzzle indeed for Holmes to decipher and the answer a clever surprise for those not familiar with the tale.

{Below are but a few of the hundreds, if not thousands, of volumes dedicated to Sherlock Holmes. The first includes all of the stories and original illustrations from Holmes’s appearances inThe Strand magazine; the second is a 1954 collection of new stories from famed mystery/detective author John Dickson Carr (1906-1977) and Adrian Conan Doyle (1910-1970), youngest son of Sir Arthur Conan Doyle, based on referenced incidents in the original tales but never written; the third is Eternity Comics #1 from 1988–quite rare as it was sold in comics shops only–as the first in a series collecting the original 1950s comic strips by Edith Meiser and illustrated by famed comic book artist Frank Giacoia (1924-1988); and the fourth is an original Holmes novel written by well known SF author Fred Saberhagen (1930-2007).} 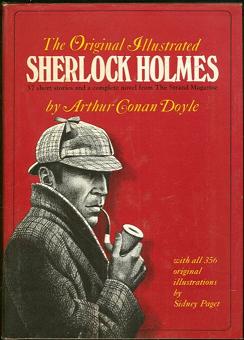 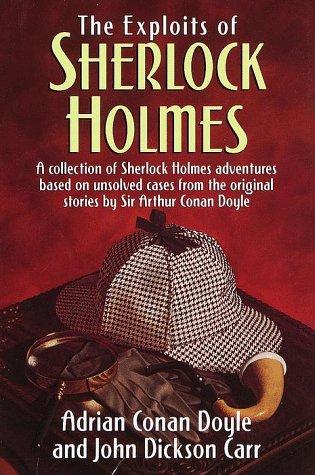 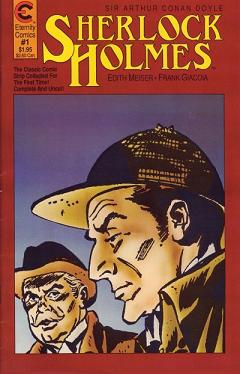 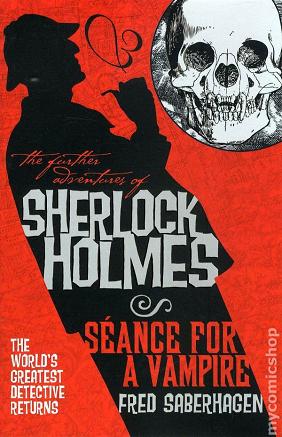 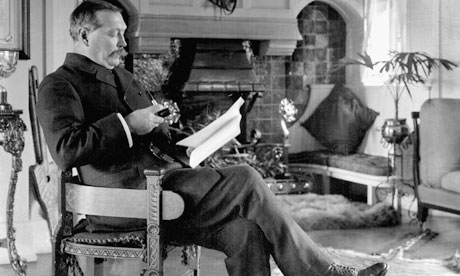 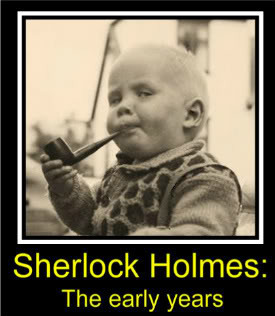 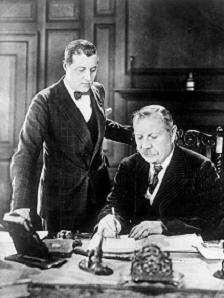