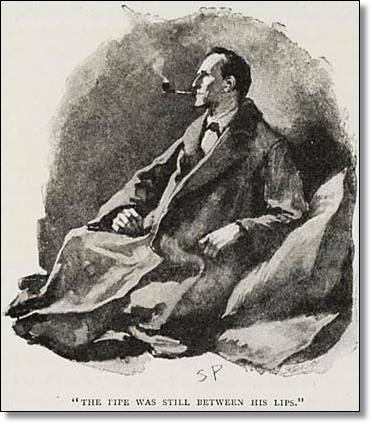 The New Adventures of Sherlock Holmes aired “The Mystery of the Headless Monk” on April 15, 1946. In various incarnations and featuring various personalities as Holmes and Watson, the show would run some 26 years, from 1930-1956. This episode features the incomparable film stars of the best of the Sherlock Holmes movies, Basil Rathbone as Holmes and Nigel Bruce as Dr. Watson. In this eerily titled episode Watson tells the story (as he did all of Holmes’s adventures) of a chapel the local folk swear is cursed by evil. This tale of the supernatural and occult leads Holmes and Watson to warnings of black magic, covens, witches, an organ that plays of its own accord, and of course the “headless monk.” What game is afoot here and how it plays out turns on the last minute deductions of Holmes, who earns his keep once again by solving “The Mystery of the Headless Monk.”

Of associational interest to fans of science fiction and fantasy is that this episode was co-written by Dennis Green & Anthony Boucher, Boucher being the co-founder of The Magazine of Fantasy & Science Fiction.