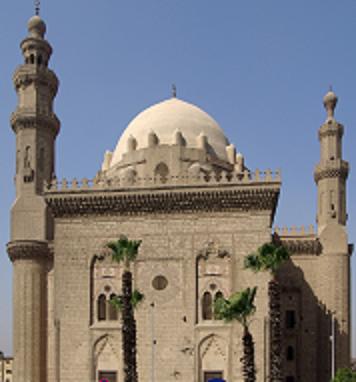 Rocky Jordan aired “Adventure in Zaqaziq” on April 4, 1950 as its 76th episode. Last week we visited the Caribbean with a story about pirates in the early 1800s. This week we travel to the Middle East and Cairo, Egypt during the 1940s. Borrowed from a previous introduction, and for the benefit of new listeners unfamiliar with the Rocky Jordan program, here now is the show’s contextual background. Rocky Jordan ran from October 21, 1948 through September 5, 1950 and starred Jack Moyles as Rocky Jordan. There were several iterations of the show, the first of which aired in 1945 under the title A Man Named Jordan. Only two episodes of this early precursor are known to still exist. This version was set in Istanbul, Turkey but was otherwise the same as its successor. An attempt to revive the series with famed Hollywood actor George Raft aired for one season from 1950-51. A couple of half-hearted attempts were made at further revivals in 1955 and ’57, but none of these fifteen-minute episodes survives.

Rocky Jordan was modeled on the classic, much revered movie Casablanca, which premiered in New York on November 26, 1942 and then in general release on January 23, 1943. Casablanca starred Humphrey Bogart as Rick Blaine, the American exile who ran Rick’s Cafe Americain in Casablanca, Morocco, an unallied country during world War II located in northwest Africa and bordering the Mediterranean Sea. Rocky Jordan is set in Cairo, Egypt, in northeast Africa, said country also bordering the Mediterranean. Rocky calls St. Louis home (but was chased abroad by his enemies), whereas Rick hailed from New York; both are intimated to have shady pasts. The counterpart to Rick’s Cafe Americain is Rocky Jordan’s Cafe Tambourine, not far from the “mosque Sultan Hassan,” (photo above right) where Rocky finds himself routinely involved with “crime, mystery, and beautiful women.” Much like Rick’s Cafe Americain which is set during WW II, Jordan’s Cafe Tambourine, while set a few short years following the war, is a magnet for all ethnicities and types, from the respectable to the rogue.

In this episode, contrary to many others where Rocky finds himself caught up in murder and intrigue, and of necessity then involves Captain Sam Sabaya to sort it all out, and where Rocky more often than not must prove his innocence, this time Sam comes to Rocky for assistance. Rocky is asked to go undercover to the city of the title and ferret out those stealing crucial, hard to come by medical supplies and selling them on the black market. (Remember that these stories are ostensibly set just after WWII, when such supplies were at a premium in various war torn countries.) As is the case in most of his adventures it involves danger, murder, and a beautiful woman, sometimes a damsel in distress and others a dangerous black widow. Listen now as Rocky Jordan navigates the ins and outs of his adopted land with its strange laws and customs, where danger lurks around every mosque or dark street corner, as he adds this “Adventure in Zaqaziq” to his colorful resumé.

{April of 1950 found the weather just right for a brisk jaunt to the corner newsstand where the intrepid neighborhood gang gathered for hits of their favorite reading. fantastic Adventures (1939-53) was a monthly in 1950, and had been from September 1947 until its last issue in March of 1953. Other Worlds (1949-53), while not a major market, still attracted a few big names from time to time as Ray Bradbury’s name on the cover below shows. This March issue was its third and a bi-monthly but though it tried a brief experiment as a monthly, from September-November of 1950, it quickly reverted to its bi-monthly schedule in 1951. Startling Stories (1939-55) remained a reliable sale to younger male readers in 1950 (its often semi-cheescake covers didn’t hurt sales either, witness the one below) and had returned to its former bi-monthly schedule in 1947 after some hiccups during the war years.} 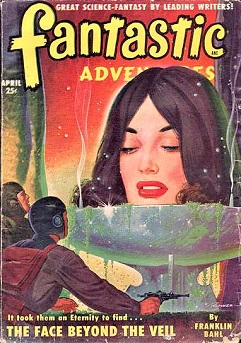 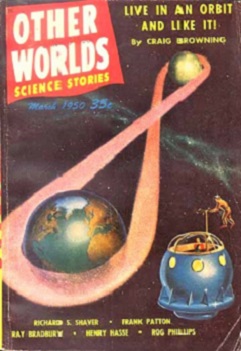 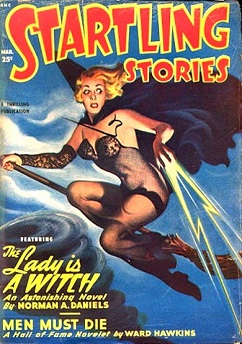