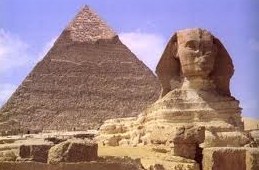 Rocky Jordan ran from 1948-1951 and featured Jordan as a hard-boiled detective run out of St. Louis, Missouri by his enemies. He landed in Cairo, Egypt and now owns and operates the Cafe Tambourine (think Rick’s Cafe, from Casablanca). The Cairo Chief of Police is Egyptian Muslim Sam Sabaaya who, while following the letter of the law judiciously, is often a friend to Jordan despite the best efforts of his Sgt. Greco to suspect Jordan as the primary culprit in whatever jam Rocky finds himself in while attempting to solve a case. 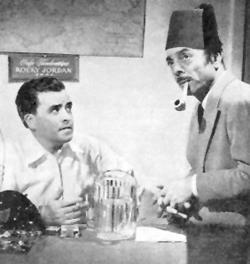 In “Desert Betrayal,” which aired on May 29, 1949, Rocky, keenly aware of how seriously Muslims take their religion and wishing not to offend, ducks in off the street during a local muezzin’s call to prayer (as is the custom). Moments later the muezzin has been murdered and lies dead at his feet following his descent from the mosque tower. Thus begins a wild and dangerous ride for Jordan. Taken to the local jail, one unexpected turn of events after another finds him soon lost in the desert and befriended by an outcast French woman–who likes her gin. Needless to say, more questions than answers begin to pile up for Rocky, as he attempts to solve the mysterious murder of the muezzin (who is the third such to die in recent months), and save his own life, which he seems always to put in mortal peril.

Along the way and throughout this, and many of Jordan’s adventures, there is a recurrent thread I find rather instructive and fascinating in that we learn much of the muslim religion and culture, how they are closely intertwined, how this closely knit cultural/religious relationship hasn’t changed over the millennia, and just how seriously many adherents take their religion (and use it for good or evil ends). Such a manipulation of this strong belief is present, and forms the crux of “Desert Betrayal” and shows how some will turn muslim against muslim for personal political power, relying on the strong religious belief of the masses as a mere pawn in a scheme of ultimate domination.

So listen now to “Desert Betrayal,” yet another of Rocky Jordan’s adventures set in exotic, timeless Cairo, melting pot of danger and intrigue, immersed in the mindset of the world following World War II and representative of much of Old Time Radio of the post-war period. 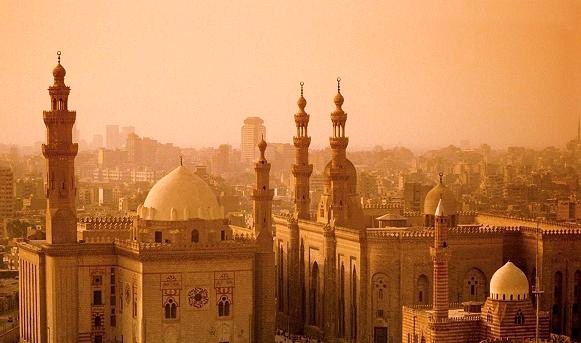