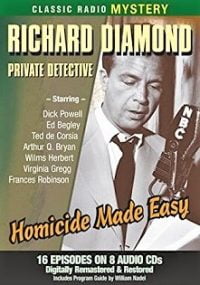 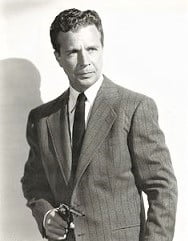 Richard Diamond, Private Detective (1949-52) aired “The Eddie Garrett Case” on August 27, 1949 as its 19th episode of some 141. This is only the second Richard Diamond episode we’ve presented, the first being from early November of last year. We therefore–for newcomers to the show and others wishing to refresh their memories–reprise with minor changes our earlier historical sketch of the program.

The show originally aired over NBC stations, then ABC, and then finally in 1953 by CBS, but all of the CBS shows were repeats from the 1950-51 season, thus some old time radio sites list the show’s run as going into 1953. Richard Diamond (starring film icon Dick Powell, 1904-1963, photo at right) was an ex-cop turned private detective who maintained good relations with his ex-boss and police lieutenant Walter Levinson (played by Ed Begley [1901-1970], probably most recognizable as juror #10 in the classic 1957 film Twelve Angry Men, and father to actor Ed Begley, Jr.). Diamond’s girlfriend, Helen Asher, was played by Virginia Gregg (1916-1986), who went on to have many film and television roles (including the Twilight Zone episode “The Masks” which aired March 20, 1964).The character of Richard Diamond–and the radio program itself–was the brainchild of Blake Edwards (1922-2010), perhaps best known for writing and directing the Pink Panther movies, as well as directing other fine films such as Operation Petticoat (1959), Breakfast at Tiffany’s (1961), and Days of Wine and Roses (1962). Blake’s private detective Richard Diamond didn’t exactly fit the standard mold people were used to, as typified in the novels of Dashiell Hammett and Raymond Chandler. While he could wisecrack with the best of them, he was also suave and sophisticated and tough as nails, living the high life in New York City when not found visiting the swank penthouse apartment of his girlfriend, Helen Asher. Being a well-seasoned song and dance man due to his many early movies where he inevitably ended up singing, Dick Powell was the perfect choice to play Richard Diamond, especially after his smashing success in 1944’s Murder, My Sweet. Audiences loved Powell as Diamond, so much so that the show’s popularity warranted its own television counterpart. It starred David Janssen (1931-1980) and ran from 1957-1960. Janssen, of course, is best remembered for his iconic role as Dr. Richard Kimble in the classic TV series The Fugitive (1963-67).

Notes about the major actors of the supporting cast:

A few of Virginia Gregg’s many other radio roles include The Adventures of Sam Spade, Dragnet, Dr. Kildare, Gunsmoke, Yours Truly, Johnny Dollar, and The Zero Hour (an early 1970s radio drama hosted by Rod Serling featuring stories of mystery, suspense, and advenure).

Some of the televsion shows in which Virginia Gregg made an appearance include 77 Sunset Strip, Gunsmoke, Bonanza, Perry Mason, The Rockford Files, Maverick, Wagon Train, Alfred Hitchcock Presents, My Favorite Martian, The Twilight Zone, Philip Marlowe, Hazel, and Kung Fu.

Ed Begley’s radio roles were far fewer than Virginia Gregg’s, but included appearances on Charlie Chan, The Fat Man (1946-51), The Adventures of Philip Marlowe, the first year of Richard Diamond, Private Detective, and Tales of the Texas Rangers. 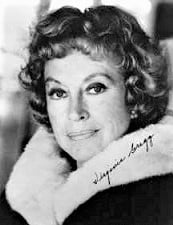 As for Dick Powell, his breakout film was 1944’s noir classic Murder, My Sweet. Based on Raymond Chandler’s detective character Philip Marlowe from his 1940 novel Farewell, My Lovely, the film was released with the book’s title but audience reaction was tepid at best, the feeling being that the title wasn’t dark enough and audiences assumed it was just another of Powell’s many light romances he had been making since the 1930s (30+ such roles from 1932-1939), in which he played handsome young men who wooed women with his boyish good looks, musical ability, and crooning voice. Getting older, and desirous of more mature roles that fit his middle aged demeanor, he convinced the powers that be to give him the role of Marlowe from Chandler’s novel. It was quite a gamble but Powell pulled it off admirably and the film is now recognized as a noir classic. When the film was released in late December of 1944 with the novel’s title and proved unsuccessful at the box office, it was quickly retitled Murder, My Sweet and re-released in February of 1945 in St. Louis with much better results. The box office and critical acclaim following the film led to several other noir films of note with Powell in the lead: Johnny O’Clock (1947, in which he played a detective), To the Ends of the Earth (1948, crime noir), and Pitfall (also 1948, film noir where he starred as a bored insurance agent who falls in love with the wrong woman). 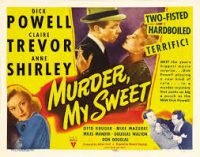 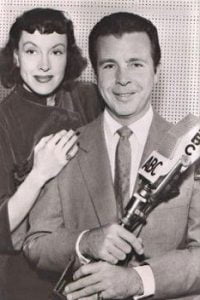 As for “The Eddie Garrett Case,” it reminds one strongly of the iconic 1938 noir film Angels with Dirty Faces. Angels starred James Cagney, Pat O’Brien, Humphrey Bogart, Ann Sheridan, and the Dead End Kids (1937-40), who would evolve into the more recognizable The Bowery Boys (1946-58). In the film, Cagney and O’Brien are young toughs, with Cagney’s character Rocky ending up on death row and about to be executed for murder. O’Brien has chosen another path over the years and has become a priest. The gang that has done dirty work for Rocky and made him their hero (two of whom are played by Leo Gorcey and Huntz Hall–later known as Slip and Sach, respectively, during the Bowery Boys era), doesn’t realize they are headed down the wrong road and the only way they can possibly be deterred is if Rocky convinces them their lifestyle on the streets will lead them to no good, and they will end up like Rocky. O’Brien as Rocky’s childhood friend and now priest convinces Rocky to cower and show his cowardice on the way to the chair, hopefully disabusing the Dead End Kids of their life of crime and showing Rocky for the coward he really is, that he is someone not to be looked up to, or idolized. In this radio play, the specifics have been changed but the over-arching theme is exactly the same, with another gang of youths being convinced that a life of crime is no good. That this story is very possibly a direct homage to the earlier Angels with Dirty Faces is reinforced when you hear the actor playing the leader of the young gang mimicking the voice of Leo Gorcey in a perfect imitation you will readily recognize if you’ve ever seen a Bowery Boys film. That said, the Bowery Boys films definitely changed in tone over the years, at first darker and more serious dramas, with many of the later ones lighter and more comedic in nature. “The Eddie Garrett Case” definitely falls into the darker category as the story reprises the theme of one of the early Dead End Kids vehicles, with a talented actor voicing Gorcey perfectly. As a side note, the film was such a hit in 1938 that it is no wonder it was still on the minds of the public (and the writer) 11 years later, with new Bowery Boys films appearing several times a year (there were 4 in 1949) to remind them, for as its wikipedia page tells us:
“Angels with Dirty Faces is widely regarded as one of the best films of all time; one of the finest in Cagney’s career, and a ‘true example of brilliant American cinema.’ In 2008, it was shortlisted by the American Film Institute for selection in its list of the top 100 movies of the last 100 years. In 2013, Steven Van Zandt named it as one of his ‘most favorite mob movies’ in an article for Rolling Stone. Two years later, Slant Magazine named it 67th in a list of the ‘100 Best Film Noirs of All Time.'” 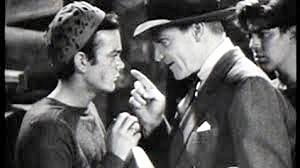 So settle back and listen to this engrossing episode of Richard Diamond, Private Detective, an episode I wish to thank Bob Byrne for suggesting. Bob (AlmostHolmes.com) writes about hardboiled/pulp and loves radio shows like this one.

{Stocking up one more time at the corner newsstand before school would begin in September of 1949, the neighborhood gang scored some good issues of their favorite pulp magazines. Astounding SF (1930-present, now Analog) expanded its image from time to time with such fare as L. Sprague de Camp’s popular tales (laced with real life historical touchstones) ASF was a monthly in 1949. fantastic Adventures (1939-53) was publisher Ray Palmer’s attempt to make it a companion magazine to the already well established Amazing Stories. When fantastic Adventures folded in 1953 it was quietly merged with Fantastic. fantastic Adventures was a monthly in 1949. Weird Tales (1923-54), “the unique magazine,” was still creating goosebumps and knockin’em dead in 1949, still offering dark and offbeat tales from the likes of August Derleth and even Theodore Sturgeon. It was a bi-monthly in 1949.} 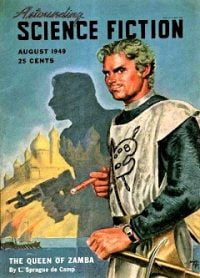 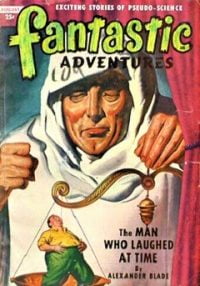 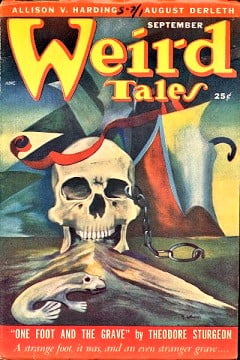