Columbia Workshop (1936-1947) aired “R. U. R.” (Rossum’s Universal Robots) on April 18, 1937 as the 36th show of its nearly 400. Czech author Karel Capek saw his play published in Prague in 1920 (1st ed. cover at right). It then premiered on stage a year later in 1921. Translated into 30 languages by 1923, the play is best known for the introduction of the term “robot” into the worldwide lexicon, and specifically to science fiction. Searching unsuccessfully for just the right word to describe his creations, Karel credited his brother Josef for coming up with the word “roboti,” meaning “forced labor.” The meaning of the term “robot” has changed drastically over the years, as Capek’s robots are in actuality much closer to what we call cyborgs today, they being predominantly biological creatures rather than entirely mechanical in origin (see the photo below from one of the play’s earliest performances).

Capek (1890-1938, photo above circa 1936) was an interesting fellow whose fiction covered a wide range of subject matter, one of his main concerns that of language and the written word. Despising the Nazis and their rise to power before World War II and refusing to leave Czechoslovakia as did many others prior to the Nazi “occupation” of sections of his home country in 1938, the Nazi Gestapo labeled Capek as Czechoslovakia’s “public enemy number two.” He died of pneumonia on Christmas day, December 25, 1938 at the age of 48.

As for “R. U. R.,” I first learned of it in a college SF course in 1973. Much praised by some and not so much by others (Isaac Asimov felt it to be a bad play, but acknolwedged the gift of the term “robot” to our language), it nevertheless remains a seminal work, much in the vein of social commentary SF as are Orwell’s 1984 and Huxley’s Brave New World. I hesitate to say anything about the work itself, but leave it to the listener to form his or her own opinion, especially if they are not familiar with the work in any of its forms (written, as a play, or as a radio adaptation). I found this radio adaptation from almost 77 years ago fascinating, and yet another testament to Columbia Workshop‘s innovative, experimental approach to subject material for which it was heralded. 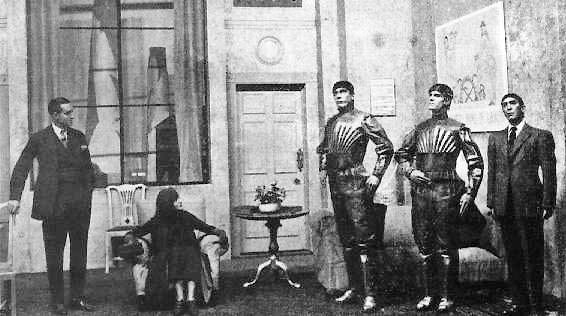 [After listening to “R. U. R.” in April of 1937, excited and with youthful adrenaline pumping, many would turn to their favorite reading material for further journeys into the future, several examples of which are pictured below. At this time, Planet Stories, Startling Stories, and several other early SF magazines wouldn’t see their first issues for several years yet.] 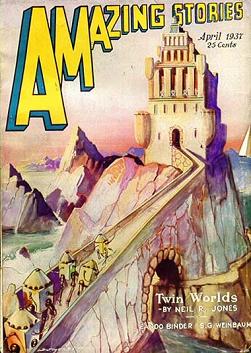 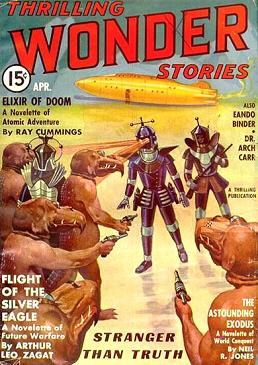 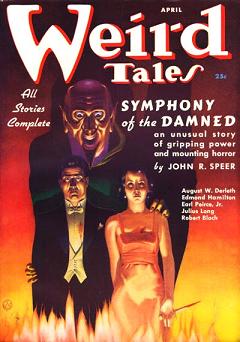