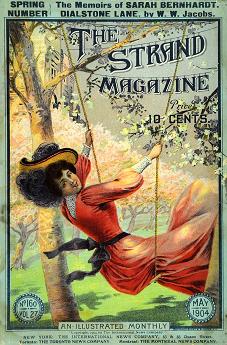 Escape aired H. G. Wells’ “The Country of the Blind” on June 27, 1948. One of Wells’ (1866-1946) most famous stories, it tells the tale of mountain climbers on a quest to conquer a peak in the high mountains of Ecuador. One of their number falls thousands of feet down the side of the mountain and is presumed dead, but survives to find himself in a lost valley known as the Country of the Blind, or so the local legends have it though no one has any proof that this lost valley exists. The fallen climber encounters a community of people who generations ago lost their sight to disease, but somehow the affliction has been passed down genetically, to the point where instead of eyes their faces show mere shallow depressions where their eyes once were housed. They know nothing of an outside world and cannot conceive of the concept of “sight.” This sets the stage for a conflict of world views between the climber and those dwelling in this lost valley, a very different sort of South American Shangri-la, if you will.

“The Country of the Blind” originally appeared in the May 1904 issue of The Strand Magazine (alongside one of Arthur Conan Doyle’s Sherlock Holmes tales). There are alternate endings. In the original 1904 version Nunez (the lost mountain climber) escapes the valley but dies in the surrounding mountains. In Wells’ 1939 version Nunez attempts to alert the blind villagers of an impending rock slide at which they scoff, not believing that he can “see” anything, the concept being beyond their understanding. Nunez then flees with the young woman with whom he has fallen in love during his stay.

The following 1948 radio version’s ending is different still, as you will hear once you enter “The Country of the Blind.”