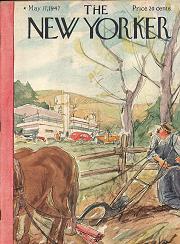 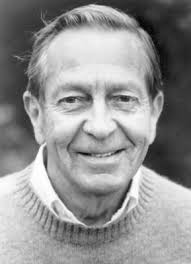 The CBS Radio Workshop aired John Cheever’s “The Enormous Radio” on May 11, 1956. “The Enormous Radio” takes place in the 12th story apartment of Jim and Irene Westcott, who live in Sutton Place, New York City, where many of Cheever’s stories take place. In love with classical music, Irene is distraught when their radio quits. Jim buys an expensive new one, which they soon discover has some…unusual qualities. This radio picks up the private conversations of their neighbors, and shows that beneath the surface displayed to the public, people argue and fight and show their lesser natures. It becomes such a distraction and troubles Irene to the point of depression that she convinces Jim to get rid of the damned machine. Whereupon, several strange twists occur in their own relationship. This would have made a great episode of Rod Serling’s The Twilight Zone. In fact, “The Enormous Radio” was a featured episode of Tales from the Darkside and aired on May 17, 1987. This is a most coincidental date, for Cheever’s original story saw print in the May 17, 1947 issue of The New Yorker.

John Cheever (1912-1982) was known as “the Chekhov of the suburbs,” as many of his stories dealt with characters in this budding landscape. Among other honors and awards, Cheever won the 1979 Pulitzer Price for his 1978 collection The Stories of John Cheever.

Not as flashy as some stories of the fantastic, “The Enormous Radio” is rifled with emotional ups and downs, and I encourage listeners to stick with it, for the last seven minutes provides quite a payoff on several levels adults in relationships will too readily understand…and appreciate.

{This radio episode not much to their understanding and therefore liking, mom and dad’s little munchkins headed for their bedroom to read some of their favorite fare when this show came on, content to let mom and dad listen to the boring old radio for an hour or so. They were willing to wait until something really good came on, and dove into some of their cache of magazines, a few of which for May of 1956 are displayed below.} 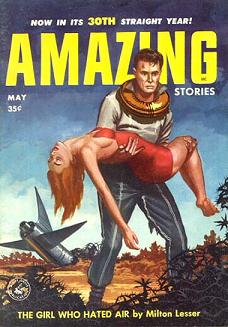 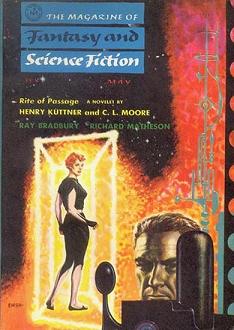 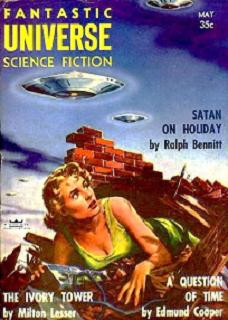