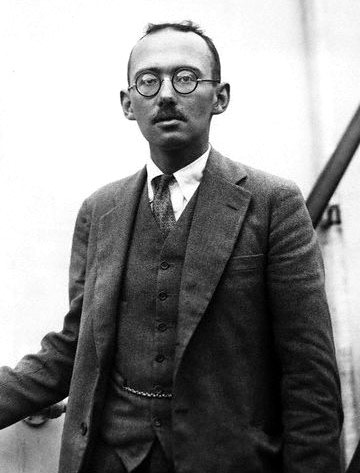 Stephen Vincent Benet’s (1898-1943) poem “The Revolt of the Machines” (a.k.a. “Nightmare No. 3”) was published July 27, 1935. It was first adapted for radio by Dimension X and aired on June 10, 1951, and then again by X Minus One on July 21, 1955.  Benet imagines a time of sentient machines, from heavy industrial behemoths to computers, that have, quite simply, had enough of us and revolt, in order to make his pointed social commentary. His poem makes for tense drama effectively rendered by George Lefferts, who adapted many of X Minus One‘s stories.

While America prospered during the Eisenhower presidency following the Korean “conflict,” SF readers enjoyed the bounty their magazines gave them in 1955, with such grand tales as Frederik Pohl’s “The Tunnel Under the World” (Galaxy, January), Walter M. Miller’s Hugo winning “The Darfsteller” (Astounding Science Fiction, January), and “The Cave of Night” (Galaxy, February) by James Gunn.

Though nuclear power plants haven’t consciously revolted quite yet, Benet, through Lefferts’ dramatization, shows us how machines might rise up in X Minus One‘s “Nightmare.”