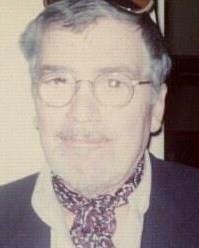 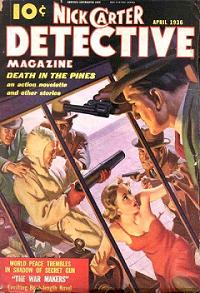 Nick Carter, Master Detective (1943-55) aired Alfred Bester’s “Chemical Chickens” on April 13, 1947 as its 283rd episode. Not quite strictly-defined SF, but yet sort of, kind of SF, Bester must have had his tongue in his cheek at least a little bit with this one, for due to an accident related to the bad guys, nitroglycerine has been absorbed into the water supply of a chicken farmer, whose said chickens then lay eggs with shells having absorbed the nitro. Poached eggs, anyone?

Both Nick Carter and Alfred Bester (1913-1987) have interesting histories, Nick Carter’s going all the way back to the post-Civil War Reconstruction Era and continuing up through modern times (which we have chronicled here), and Alfred Bester’s work history on radio here. We discovered “Chemical Chickens” quite by accident, and a pleasant surprise it was to find another Bester original radio script in the detective vein (which most of his scripts were, writing for not only Nick Carter, Master Detective, but Charlie Chan, The Shadow, and others).

{The detective genre has always been popular across media platforms. Having had their whistles whetted by this latest Nick Carter radio episode in April of 1947, fans turned to slightly more adult detective fare they would find in the detective magazines, several representative examples of which are shown below.} 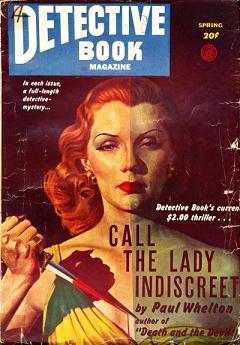 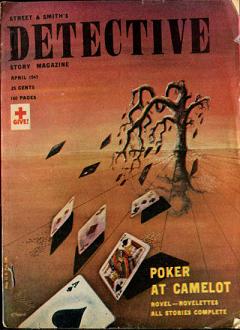 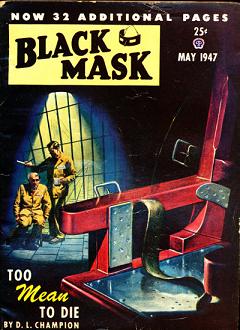