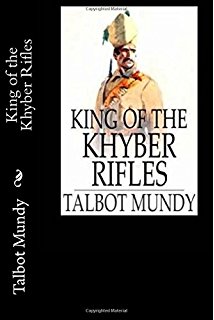 Moon Over Africa is believed to be a South African radio show airing 26 15-minute weekly episodes from March to September of 1935. It is not known whether or not it aired in the United States. Stripped of any commercials, each episode runs between 11-13 minutes. The story involves Professor Anton Edwards, his assistant Jack Martin, Edwards’s daughter Lorna, and the son of a Masai chief, Prince Nguru, as the team’s guide as they travel deep into equatorial East Africa in search of Atlantis. Early on they come into possession of a preserved, mummified talking head that they believe holds the secret to finding what legend has named the Golden Race, the lost people of Atlantis. The deeper they go, more bizarre secrets and curious clues are revealed that lead them this way and that, and along their dark, dangerous journey they encounter strange tribes, those who believe in juju magic, and at one point are captured by cannibals, a devilish sort who only eat human flesh, their “meat,” when the moon is full. Full of local color and customs, long lost lore, accurate place descriptions, and an overall sense of excitement married to unspoken dread in a search for mythical Atlantis, Moon Over Africa is definitely ready made for those of us with a love of the mysterious, the unusual, and the strange embedded in our DNA.

What gives Moon Over Africa even more appeal is its author, none other than one of the most influential pulp adventure writers of the early 20th century, Talbot Mundy (April 23, 1879-August 5, 1940, photo above right circa 1917). Born in the UK, in 1917 he emigrated to the United States where he became a citizen until his death from complications of diabetes. He traveled widely, to India, Africa, Mexico, and elsewhere, and was able to imbue his pulp stories and novels with a realistic atmosphere (given their fantastic natures). His most famous work, King of the Khyber Rifles, was first serialized in the May 1916-January 1917 issues of Everybody’s magazine. U.S. publisher Bobbs-Merrill came out with its first novel edition in November of 1916, and it has been reprinted in various editions ever since.

{At right: one of many interior illustrations by Joseph Clement Coll from the original magazine appearance of King of the Khyber Rifles.}

Mundy would write several connected novels with different settings and characters, the one I first ran across in the 1970s featured the title character of Tros, from the first in the series, Tros of Samothrace (a collection of novellas). First serialized in Adventure for February of 1925 through February of 1926, it has since seen almost a dozen reprintings from various publishers from 1929 through 2009. Tros is an adventurous pirate who fights against Caesar’s invading Romans in pre-Roman Briton. I recall gritty battles and nefarious goings-on, bands of druids in the black of night gathering for clandestine ceremonies, and overall a down-to-earth, grim read with dark fantasy overtones. I loved every minute of it. These Tros stories and his others, most with a raw, adventurous bent were set in exotic locales around the globe and dealt with several themes, among them British Imperialism which he disdained. Such was his influence, that he was compared to H. Rider Haggard and Rudyard Kipling, and a goodly number of fantasy and science fiction writers proclaimed his direct influence on ther own writing, among them:  Robert E. Howard, E. Hoffman Price, Robert A. Heinlein, Fritz Leiber, H. Warner Munn, Philip Jose Farmer, and Marion Zimmer Bradley.

To make ends meet at various times in his life, much as many a writer has had to do, Mundy took on various writing gigs, one of which was writing for radio. Along with Moon Over Africa, he also penned scripts for Ghost Corp (sort of an early version of black ops field agents, secret “ghost” operatives solving trouble in hot spots around the globe–North Africa for one), and another featuring one of his popular pulp heroes, Jack Armstrong.

Aside from running several consecutive 12-15 minute early Tarzan episode chapters pulled from longer adventures from time to time (and which are relatively self-contained scenes), I shy from doing them because who wants to get involved with an adventure only to have it cut off in the middle? I make an exception here in order to give you a glimpse of this very early South African radio program, to give you a taste of something different from halfway around the world, something full of danger, thrills, and dark moments where intrepid souls in search of a lost race follow their passion for exploring the unknown. Something that is now from another time, a time just over 82 years ago since the full 26 chapters first aired, and which the first 6 chapters I share with you now on August 5th, 2017, exactly 77 years to the day of Talbot Mundy’s death on August 5th, 1940. Enjoy.

[Left: Tros of Samothrace, 1967 Avon pb – Center: Poster from the 1953 film – Right: JimGrim Sahib, one of a series of stories and novels featuring James Schuyler Grim, known as “Jimgrim.”  Jimgrim was an American recruited by the British Intelligence Service due to his knowledge of the area and its culture, to help with brewing independence troubles in Palestine, which was right up Mundy’s alley, he having spent time there in 1920 as well as in major cities in northern Africa.] 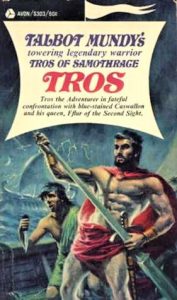 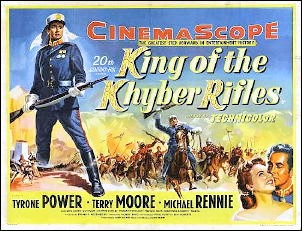 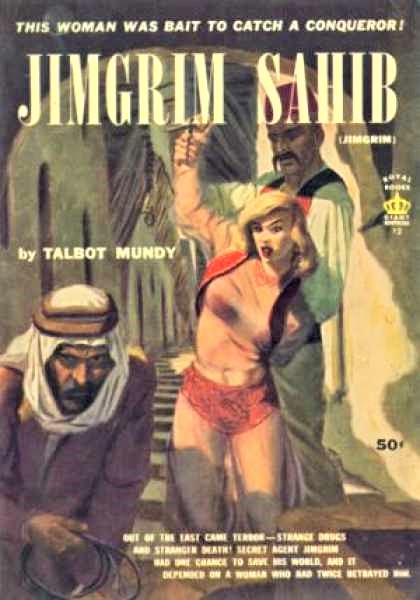