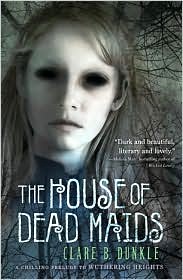 Lights Out (1934-47) aired Arch Oboler’s “Murder Castle” on February 16, 1938. An older man lives alone in a large mansion sporting several floors, long corridors, and empty rooms–including a basement he is “remodeling.” He places an ad in the newspaper for a housekeeper. But they keep disappearing. As one of the commentators remarked at one of the several OTR websites I frequent for information, “This is one of the most demented shows of the series.” I think you will agree that demented pretty much covers it, although sick and twisted wouldn’t be far off. While you may have guessed the general storyline of this one, the particulars are what make it noteworthy…and definitely worth a listen for those who delight in getting a shiver up their spines at gruesome goings on! The real question the listener must ask, of course, is why–what is the purpose behind the man’s actions, and what drives him to do what he does?

Concerning the cover of the February 1938 issue of Astounding Stories shown below (aside from its having one of the ugliest covers ever), this issue marks the last with the title Astounding Stories. The editor, F. Orlin Tremaine, had named John W. Campbell, Jr. as new editor with the October 1937 issue. While not given full control of the magazine until May of 1938, Campbell had begun purchasing stories and assuming control litle by little. With the March 1938 issue, Campbell changed the title to Astounding Science-Fiction, so while the February ’38 cover might be ugly, it was also the final cover under the title Astounding Stories and so, if for nothing else, can be footnoted for its place in the magazine’s long history.

The fiction in that February 1938 issue of Astounding Stories included:  “The Degenerates,” a novelette by John Russell Fern; “Anachronistic Optics,” a short story by Moses Schere; “The Fatal Quadrant,” a novelette by Arthur J. Burks; the concluding installment of E. E. “Doc” Smith’s novel The Galactic Patrol; “Mercutian Adventure,” a short story by Raymond Z. Gallun; “Wayward World,” a novelette by Otto Binder (as by Gordon A. Giles); “The Anti-Weapon,” a novelette by Otto Binder (as by Eando Binder); and “Thunder Voice,” by Raymond Z. Gallun (as by Dow Elstar). It should be noted that “Eando Binder” was the pseudonym of the Binder brothers, Earl and Otto–the combination of the first letter of their first names (“E” and “O”) giving the “Eando” first name to their collaborations.

{After listening to this dark episode of Lights Out, and having already devoured the February issues of Amazing, Thrilling Wonder, and Weird Tales, mom’s little geniuses decided to broaden their reading horizons by making a beeline for the corner drugstore the following morning and spending what was left of their meager allowance on more fodder for their twisted imaginations, several examples of which are shown below.} 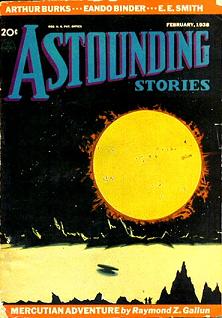 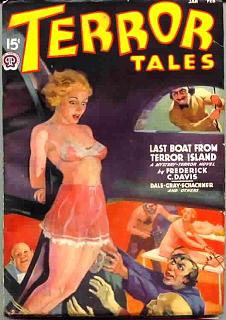 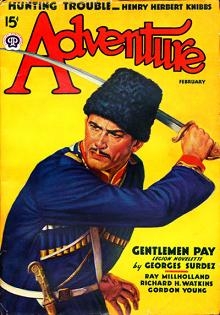