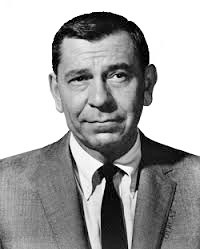 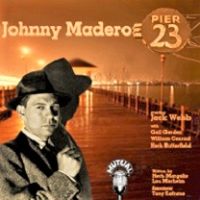 Johnny Modero, Pier 23 is one of three detective/P.I. radio programs starring Jack Webb (1920-1982, photo at right) as the lead character before he starred in the radio version of his now iconic Dragnet police show(1949-1957). The other two shows starring Webb were Jeff Regan, Investigator (July 1948-December 1948, October 1949-August 1950) and Pat Novak, for Hire (1946-47, 1949). You’ll notice a gap in the latter show from 1947 to its rebirth in 1949 after a year’s hiatus. During this time Webb and his writer/director Richard Breen attempted to revive Pat Novak, for Hire as a thinly disguised Johnny Modero, Pier 23. Novak owned a boat shop on Pier 19 and rented his boat out of San Francisco, running into all kinds of trouble due to some of the less than upstanding characters he would meet; Modero operated a boat shop on Pier 23, renting his boat out of San Francisco and who also ran into all kinds of trouble in which he found himself the center, and with simple name changes the cast of characters were virtually the same in both series. While Pat Novak, for Hire was a west coast show only and ran on the ABC network, Johnny Modero, Pier 23—an obvious clone—was picked up by the Mutual Broadcasting System (MBS) who took the show national. When rumors of a motion picture deal due to the popularity of Johnny Modero, Pier 23 became public, ABC justifiably stepped in and complained loudly, filing a plagiarism suit. The suit was settled out of court when MBS agreed to some relatively minor changes. 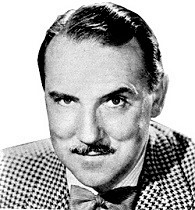 The major recurring characters in Johnny Modero, Pier 23, aside from Jack Webb as Modero, were Gale Gordon (1906-1995, photo at left) as Father Leahy (the metaphorical conscience of Modero), and police Inspector Warchek as his nemesis, played by William Conrad (1920-1994, photo mid-right). Though Gordon appeared in any number of radio, tv, and film roles, he is probably best remembered as the second Mr. Wilson on the Dennis the Menace tv show (1959-63), assuming the role from 1962-63 following the death of the first Mr. Wilson. Even more notable was his long association with Lucille Ball and the various incarnations of the I Love Lucy franchise (The Lucy Show; Here’s Lucy; and Life with Lucy), the various shows intermittently covering the years 1951-74. 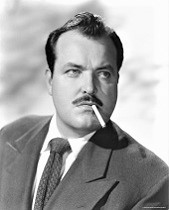 William Conrad and Jack Webb were lifelong friends, appearing collectively in several radio and film ventures together. Conrad estimated that he had played more than 7,500 roles in his radio career, beginning as producer and actor in one of radio’s early horror shows, The Hermit’s Cave (1940-44). His other radio, tv, and film credits are far too numerous to cite, but a few of his most recognizable include the voice narration for the Rocky and Bullwinkle animated tv show (1959-64), the opening voice introducing each episode of radio’s popular Escape program (1947-54), the radio version of Gunsmoke (1952-61) as Marshall Matt Dillon; starring in the tv crime program Cannon (1971-76) as private detective Frank Cannon, and another pair of crime/detective shows, Nero Wolfe (1981) and Jake and the Fatman (1987-92). Conrad was a fighter pilot in World War II, and died of a heart attack on February 11, 1994 at the age of 73. 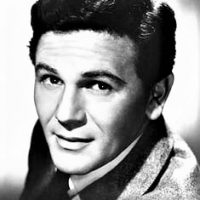 “Find Pete Sutro” begins with a man, one Nat Findlay, walking into Modero’s boat shop one afternoon and offering him $50 a day (with $200 more upon completion of the job) to find someone named Pete Sutro. Findlay is being driven crazy from a voice in his head telling him to find Sutro, and he has come to Modero as a last resort. Not too enthusiastic about the case Modero agrees to the terms anyway. Shortly thereafter, however, a woman–Findlay’s devious wife–comes to Modero and offers him $500 to forget the whole thing. And then there is a murder to complicate things, piquing Modero’s interest beyond even his ability to resist–he’s in too deep to back out. And let’s not forget the appearance of Inspector Marchek to add his usual dislike of Mordero to the mix. The resolution to this intriguing caper is well conceived and written, capping an extremely enjoyable mystery. Adding to the already solid episode is the fact that none other than revered noir film actor John Garfield (1913-52, photo above right) plays Nat Findlay. Among Garfield’s most distinguished roles was as co-star with Lana Turner in the classic 1946 film The Postman Always Rings Twice.

One of the most popular features not only of Pat Novak for Hire, but Johnny Modero, Pier 23 is the dialogue. In the manner of, and in open emulation of the quick comebacks and off-the-wall metaphors and one-liners one finds in a Raymond Chandler novel, Jack Webb via Johnny Modero holds second fiddle to no one. Within the first two minutes of this episode there are probably no less than a dozen metaphors–some clever, and some almost funny as they stretch, or mix and match the bounds of visual comparison. In short, they’re worth listening to the episode all by themselves. Here are a couple of examples:  “She had red hair–about this side of 98 degrees. She wore a black evening gown that was held up by one strap and a prayer.” And, “He didn’t say anything for a minute, and you noticed his eyes were as soft as the inside of a woman’s arm. He had one of those faraway looks you couldn’t follow with a roadmap.” And these aren’t even the most memorable. Enjoy.

{Summer vacation was newly upon the neighborhood gang in June of 1947. This episode of Johnny Modero, Pier 23 aired on a Thursday and because there would be no school the next day the gang found themselves just after lunch at the nearby newsstand sorting through detective and crime magazines that would bring them another taste of what they had found in “Find Pete Sutro.” Black Mask (1920-51) was one of the top detective/crime magazines in a very crowded field, drawing some of the biggest and most popular names of the time. For but a single example, it serialized Dashiell Hammett’s classic The Maltese Falcon beginning with the September 1929 issue and running into 1930, when it was then published as a novel. It was a bi-monthly in 1947. Crack Detective (1938-57) was one of the longest running of the detective pulps, with the dubious distinction of suffering through eight title changes. To its credit it nevertheless maintained a faithful audience so must have been publishing the sort of stories that kept its readers coming back for more. While a regular schedule was hard for the magazine to maintain for any length of time (and therefore hard to know when a new issue had come out and for its readers to find) it too was a bi-monthly in 1947. Dime Detective (1931-53) was also a mainstay for over 20 years, mostly with a guaranteed monthly schedule its readers could rely on, though time and real world forces caught up with it as they did with many other pulp magazines in the early 1950s when it was forced to halt its presses following the publication of its bi-monthly, August 1953 issue. But in 1947 it was a reliable monthly.} 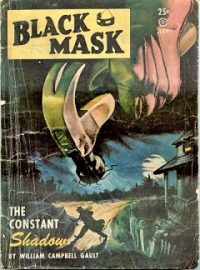 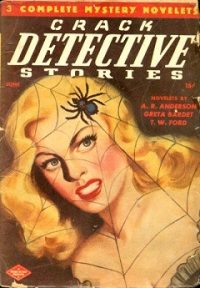 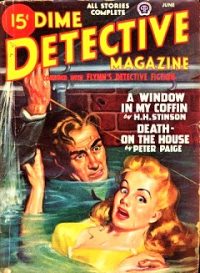