Inner Sanctum (1941-52) aired “The Bog Oak Necklace” on April 10, 1945. When a skeleton is accidentally unearthed with only the necklace with which it was obviously strangled still around its bleached neckbones, it sets in motion a story beginning 40 years in the past and to two sisters and a man they both desired. One sister has been plagued and tortured every single night of those 40 years by the skeleton’s ghost, but now that the murder weapon is once again in the land of the living things proceed to revelations and a gruesome comeuppance. But is the murderer the only one in danger from “The Bog Oak Necklace”? There’s only one sure way to find out.

Inner Sanctum was known for the outrageous puns from its host, but this episode takes the gag one step further with a song at the very end that is sure to delight horror fans. It’s a take on the 1892 song “Daisy Bell (Bicycle Built for Two)”, and is guaranteed to make even the HAL 9000 computer groan.

{After listening to the above radio show — beginning in the past and dealing with a vengeful ghost — the faithful turned to the future in the Spring of 1945 and pulled out a few of their favorite magazines.} 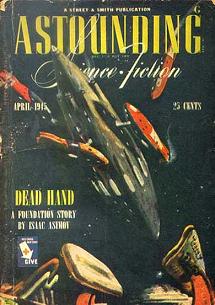 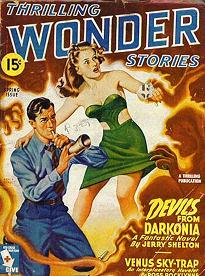