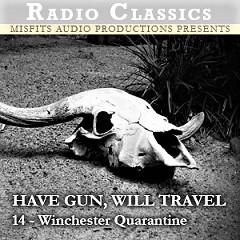 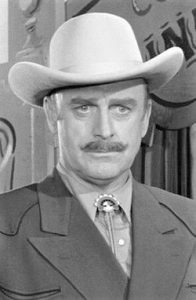 Have Gun–Will Travel (1958-60) aired “Winchester Quarantine” on February 22, 1959 as the show’s 14th episode out of what would be a total of 106 over the next two years. This is only the third episode we have shared of this much loved western, the first being in September of 2019 and the second in March of 2020. So a bit of backstory about the program is in order for newcomers.

As its title suggests, “Winchester Quarantine” deals with subject matter now all too familiar to us in the year 2020 with the pandemic Covid-19 virus sweeping the globe. In this story, however, the virus is affecting livestock and not people, but it reveals how some of the same fears are brought to the fore, and how people react in an effort to solve the problem. In some ways people are the same, it would seem, for fear sometimes brings out their worst nature, a usually hidden side of them, a side never so ugly as when an infected herd of cattle is owned by an Indian, and an educated one at that. Add bigotry to fear and you’ve got a volatile mix that even Paladin may not be able to overcome when he finds himself in the middle of the “Winchester Quarantine.” {New kids in the neighborhood meant new members to the neighborhood gang on their trips to the nearby newsstand and more variety in reading tastes, thus the grab bag of genre titles below. Double-Action Western (1934-60) was one of a dwindling number of western genre pulps that had survived the many ups and downs of the publishing industry, changing times, the paper shortage during WW II, and the magazine purge of the early 1950s. It must have been doing something right. It was a bi-monthly in 1959. Saturn Web Detective Stories (1957-65) was an odd duck, or more accurately a magazine chameleon in that it couldn’t make it’s mind up what it wanted to be. At one time or another it was a science fiction magazine, a detective magazine, a dark menace zine and even for a few issues a terror magazine. It managed but 5 issues in 1959. Several  members of the original gang went for one of their science fiction favorites and grabbed up the newest issue of Fantastic Universe (1953-60). While not considered one of the top-tier SF magazines, it, like several others, provided an entertaining mix of colorful adventure and wild imagination (lack of scientific accuracy was not a deal breaker). It produced 8 issues in 1959.} 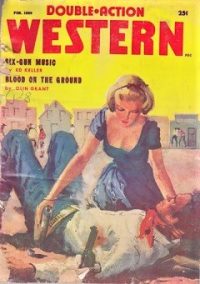 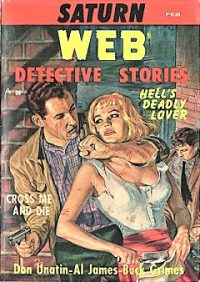 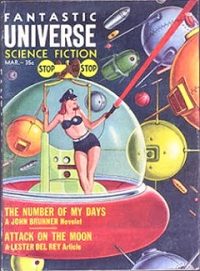