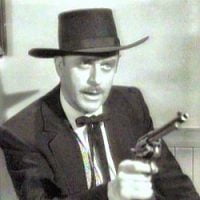 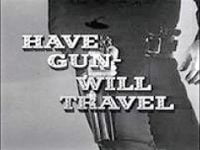 Have Gun–Will Travel (1958-60) aired “The Five Books of Owen Deaver” on March 22, 1959 as the show’s 18th episode out of what would be a total of 106 over the next two years. This is only the second episode we have run of this much loved western, the first being in September of 2019. So a bit of backstory about the program is in order for newcomers. “The Five Books of Owen Deaver” addresses the issue of gun control head on. If only the authorities (in this case the sheriff) can possess a gun, how do defenseless citizens protect themselves? Another theme running through this thoughtful (yet violent) episode concerns the issue of one size fits all when it comes to certain ordinances. Does what might work for one city work for another? Take a listen and see where you come down on these timely issues. {March of 1959 saw the neighborhood gang in for a real treat when they found the issues showcased below at the corner newsstand. Astounding SF (1930-present, now Analog) though deciding not to promote any author names or stories on this cover, nevertheless produced a superior issue with stories from Randall Garrett, George O. Smith, Robert Silverberg, Algis Budrys, and Murray Leinster. It was a monthly in 1959. The Magazine of Fantasy and Science Fiction (1949-present) outdid itself with this All Star Issue. Just read the names on the cover. ‘Nuff Said. It, too, was a monthly in 1959. Galaxy (1950-1980) kept pace with its major competitors with its April issue, with names like Daniel F. Galouye, Gordon R. Dickson, science columnist Willy Ley, the late, great Avram Davidson, and the iconic Wallace Wood as cover artist to attract readers. Galaxy was a bi-monthly in 1959.} 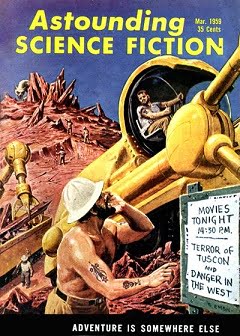 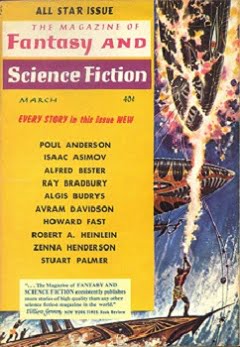