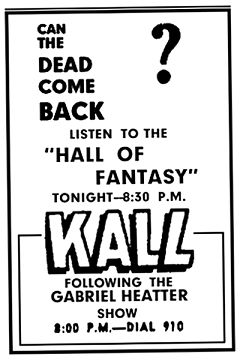 Hall of Fantasy (1946-53) aired “The Shadow People” on September 5, 1952. This is one of the most macabre, creepy, and downright scary Old Time Radio episodes I’ve yet heard. A woman is convinced creatures of shadow are responsible for the death of her mother. Along with friends, she enlists the aid of a renowned paranormal investigator by the name of Dr. Hesselius. If the name sounds familiar, it is taken from the work of none other than Sheridan Le Fanu, known today primarily for his 1871 vampire novella “Carmilla.” But “The Shadow People” has nothing to do with vampires, but rather a race of beings made of darkness and shadow who live alongside man but never in the light, their only desire to slowly but determinedly wipe out the living by not only stalking and killing us–materially invading even our dreams–but perhaps seeking our souls as well. This story is not to be missed and should definitely not be listened to with the lights out. Impressionable children of a young age with over-active imaginations should perhaps listen to this episode with a parent, or have it at least be vetted first before being allowed to listen to it alone.

Hall of Fantasy originated out of the Utah radio station KALL in 1947 and would air periodically over the years until 1953. Its early years saw most of the scripts dealing with mystery or murder, but when Richard Thorne (the original producer) took over the helm in 1952 and became the show’s writer and director (this time in Chicago), the show took off and until its demise in mid-1953 enjoyed national syndication under the Mutual Network umbrella. The direction of the show was also dramatically altered, focusing on the supernatural and strange, “The Shadow People” being one of the show’s finest examples. Thorne’s scripts were tight and well done, and the acting in virtually every episode was superb.

Fear of the dark is primal, and while most acute in the very young, it is always with us as adults, controlled and tucked securely away–in most of us. Make sure you have a tight grip on your fear of the dark–or you will surely succomb to this frightening drama of black-hearted creatures who dwell in that stygian dimension beside each and every one of us, patiently waiting for the weak or soft-minded to heed their silent urgings, a siren call to the one true death–and who we who live in the light know only as “The Shadow People.”

{Frightened half to death after listening to “The Shadow People” but not wanting to be called a scaredy cat by his little sister, our (generic) brave young lad of (let’s say) eight was determined to show her who was the fraidy-cat. He brought from his bedroom closet stash the magazine and pair of comics shown below and dared his sister to read them with him. She of course declined, calling them stupid anyway, and went to find her mother in the kitchen. Which left our brave young lad alone to enjoy them by himself…which is what he wanted to do all along.} 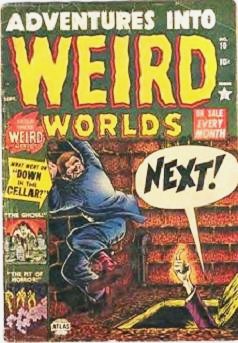 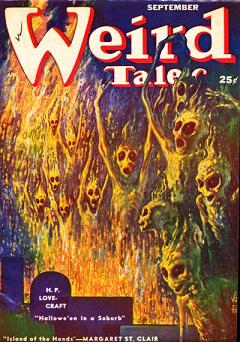